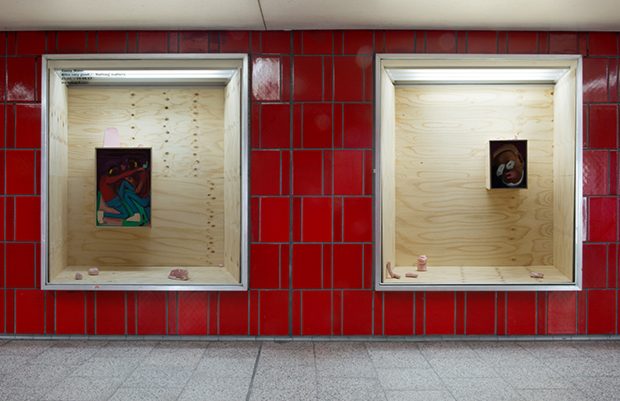 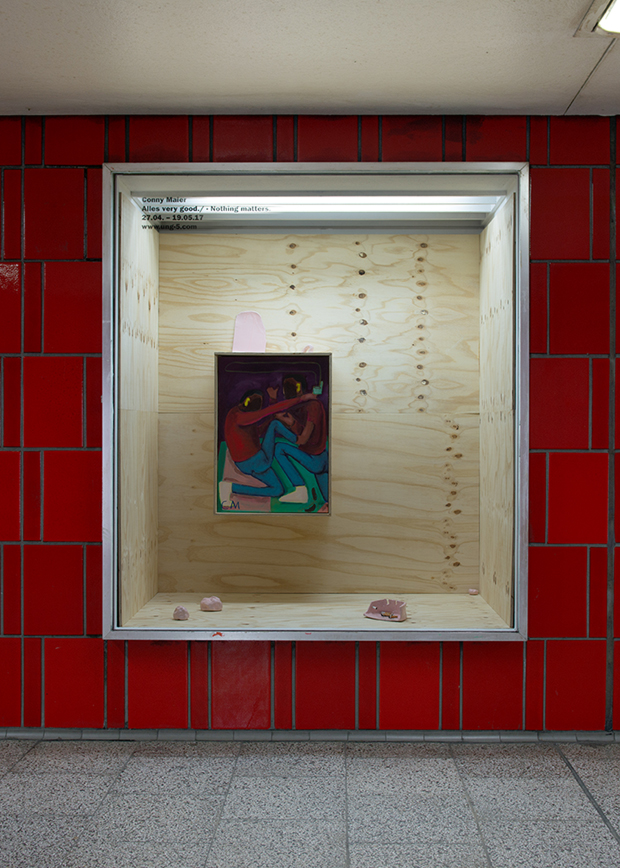 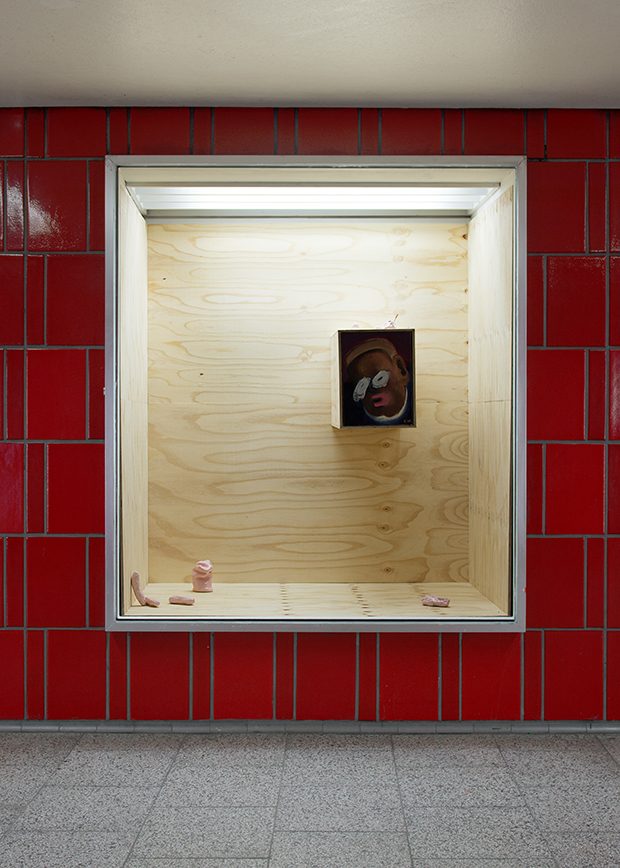 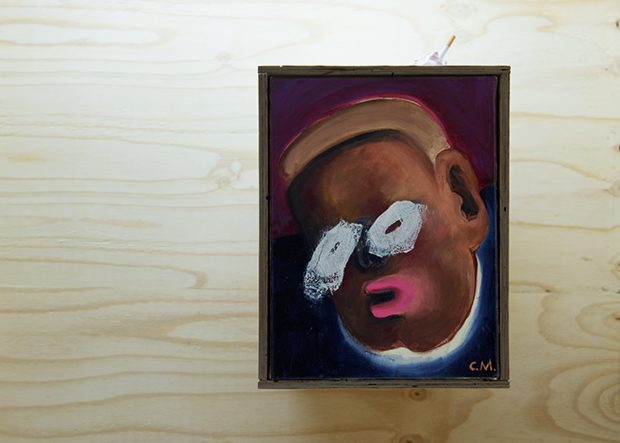 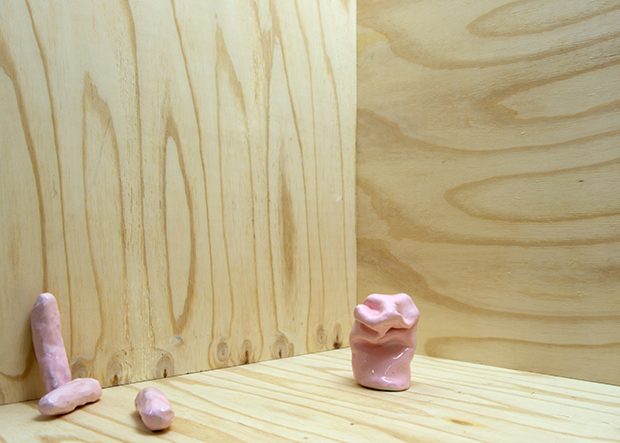 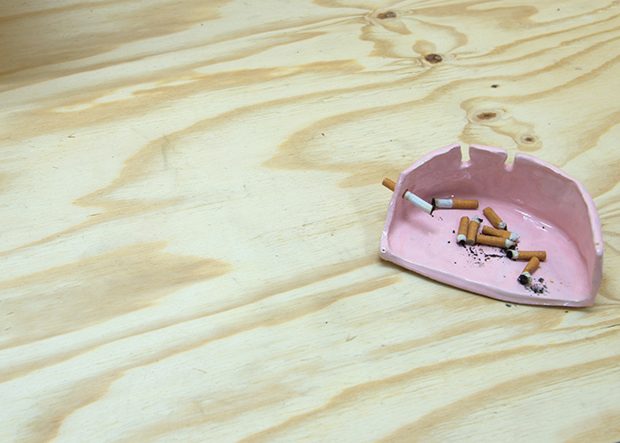 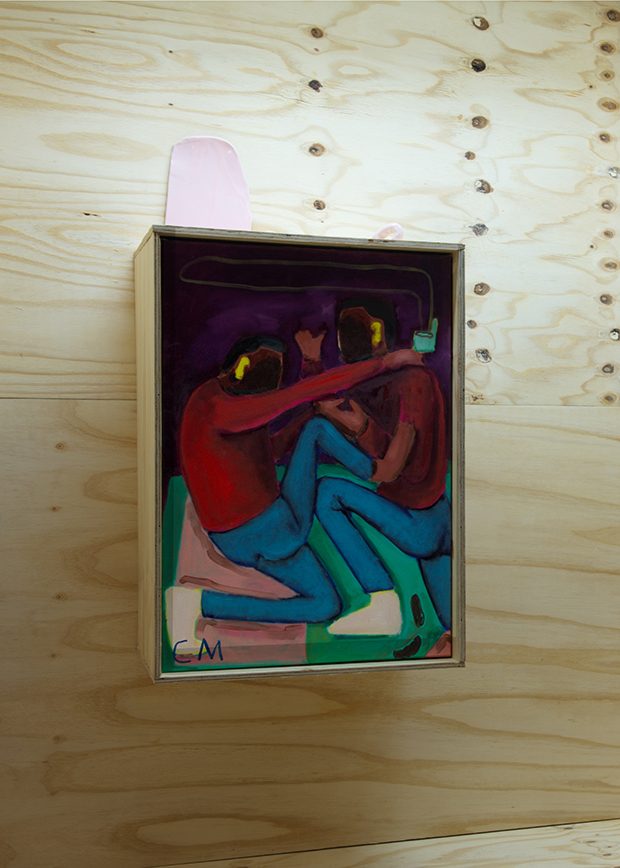 In the sixties the German politician and economist Ludwig Erhard proposed the slogan “Prosperity for all” and thereby set the stage for the social market. Which meaning does this prosperity have, which Erhard declared back then to be the absolute goal and which proves to be popular nowadays in the populist language in Germany once more? What happens to those who fail in searching for security and prosperity and what happens to the states that get oppressed by developmental problems like energy, climate, food and fragility and have neither alternative options nor resources?

The Berlin painter Conny Maier discloses in her work social systems and their constructions in a restrained and humoristic way. She studies human emotions that are caused by injustice and inequality. Envy robbing our satisfaction and poisoning us slowly from within. Fears of failure triggered by the permanent ood of information and accessibility.

In her large canvases the artist tells about the gap between rich and poor, about the solitude in the midst of society and about social con icts. The protagonists almost live out this con ict in Maier’s imagery. They close their eyes, pull back – imprisoned in their own inactivity. Then again they chase each other, driven by the fear of failure and the greed for consumption until they break out and redis- cover their own strength.

Conny Maier acts on the one hand as an unobtrusive observer but on the other hand regards herself as part of a bigger picture. She subjects herself to critical questions and an analysis of her own behavioural patterns regularly and pleads for a society that leaves no one behind. Her respond to Ludwig Erhard’s canon reads as follows: “Poverty for no one”.