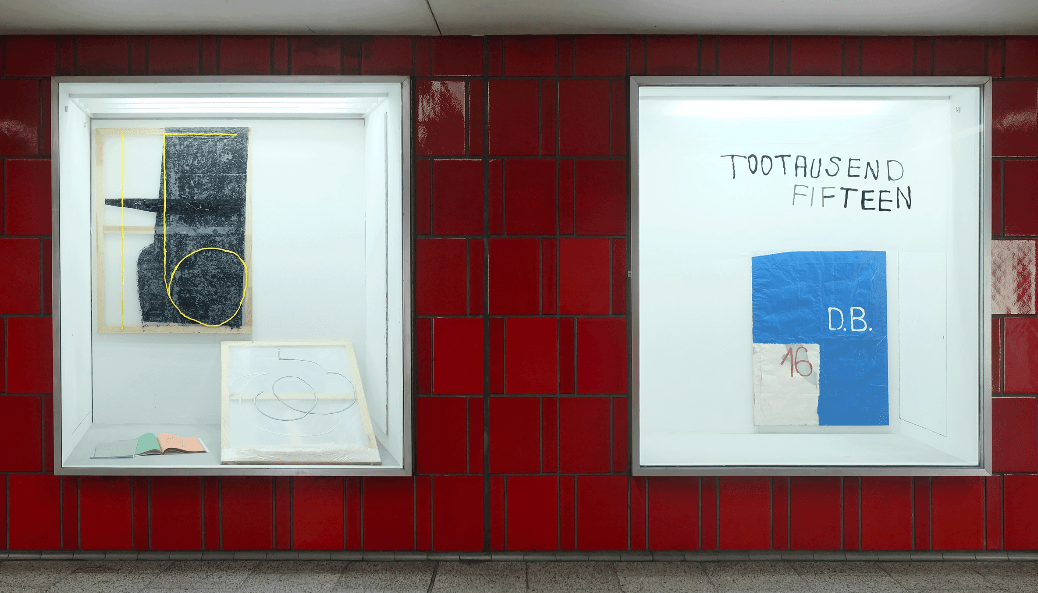 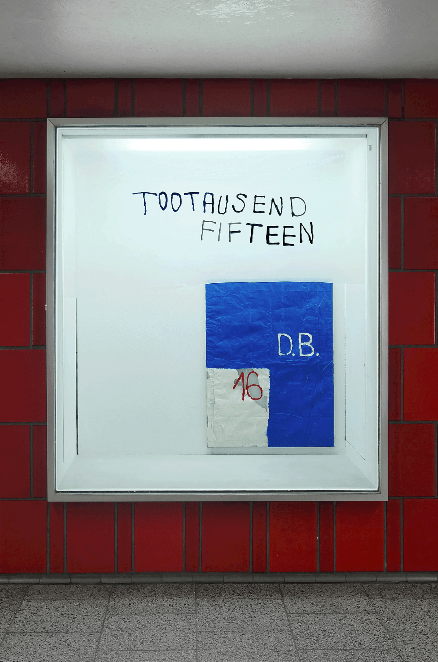 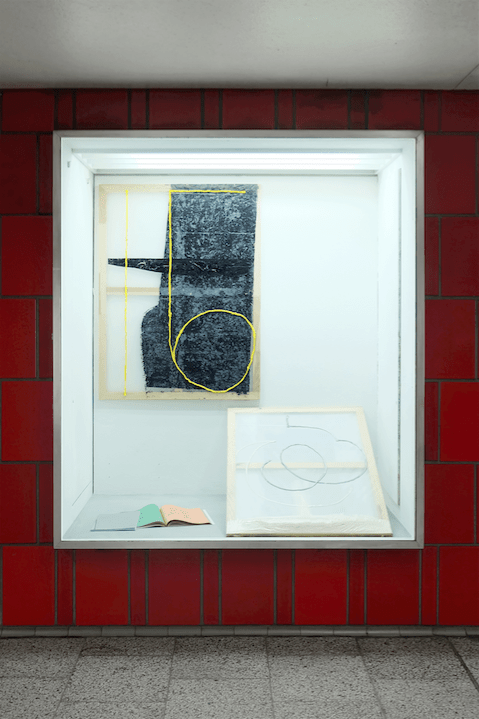 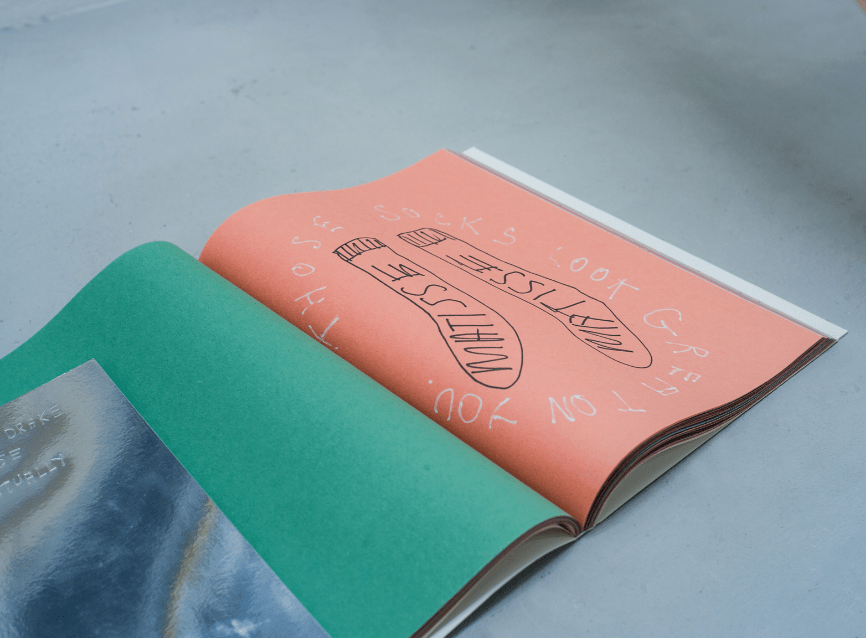 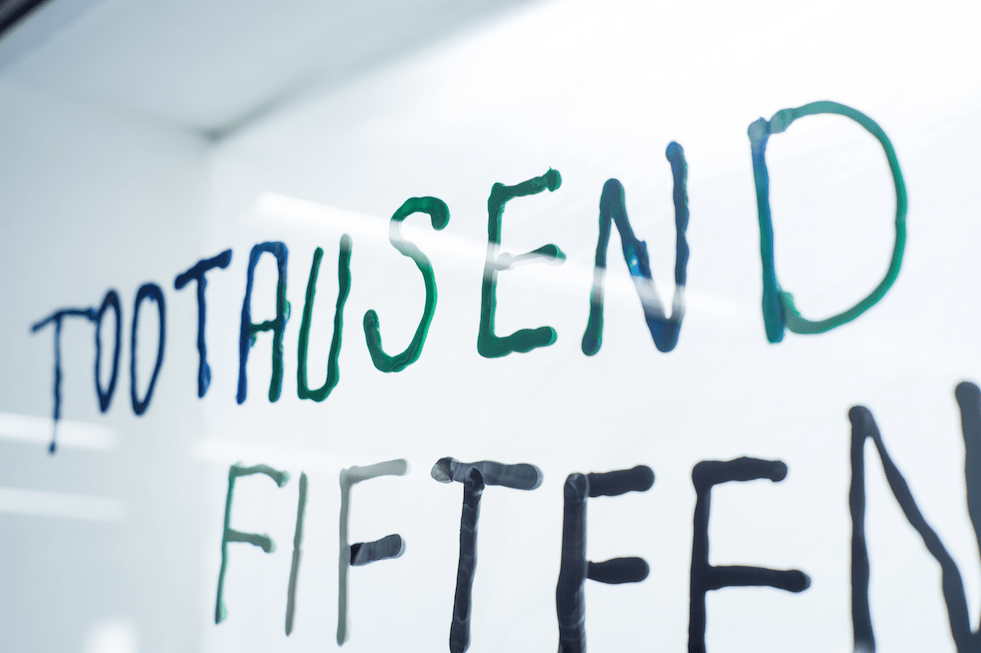 Text by Vanessa Sioufi:
i logged onto facebook today and no one want online so i sang to myself and scrolled through everyone’s pages without them knowing but then i saw this door open in the distance so i followed the snow cleared path with the wind hitting my face and my nose turning a slit pink, i entered the door to the cavern and there was this blue man sitting at the bar that was there, obviously, but the bar was like 2 feet from the door, so you had to like walk up to it. or walk into it hahaha, but then after my first sip of butter beer (they had some!!) i climbed over the bar top and rolled over into the ice pit and down onto the rubber mats and pulled them up and hid under the holes for no one to seem me. i stayed there for a little while, it was dewey, the humidity, that i was waiting for. i pressed my lips through one of the holes in the mat, and it perfectly stained my lips to moisten them like chapstick, this wasn’t a dream, everything made so much sense, until the bar man walked over me, his step wasn’t that heavy, it was just unexpected, but then again i kind of enjoyed not being seen but being used like chip on your shoulder, the one that you forget to eat until you brush off, and you were like, why did i ever put that there in the first place? i decied to get up a go to the bathroom but i didn’t know where the bathroom was so i watched over to the pool tables, then to the jukebox, and then back to my place, but not exactly in the same place just the seat over so i could grab my glass and move it that muxh closer to my new seat. i saw someone leave the right hand corner of my eyes realizing thats where i could see, were the bathroom could be tho it was the kitchen which lead me to the back door, which then lent me to the grease pit of the fryer disposal. I happened to run into a man who was collected the recycling from the dumpster, i wa alarmed by the sound of the bottle and can clanking like the christmas tree that never vibrated in my childhood, the pink heart motel bed i never got but in like movies i wasn’t supposed to understand. i love the grey of the photocopy and duck tape. i love the gray of the skin of an elephanti love the grey of the toilet paper after i’ve wiped up someone else’s surface. i love the greay of the great north and this man’s truck where the bottles were separated by color from aluminum in the back of this man’s truck. the LED animation of the man’s radio located in the cab of the car alluminated the windshield where a collection of licked fingers pressed the glass over plush animals sleeping on the dash. drunk on the “suicide concoction” the soda fountain dj gave to me when he realized i ended up at his bar from facebook, i started having so much fun. i seizured theat day, like they say, carpe dayum, damn damn day yum, yummy, but then, i thought like where does the splitting of fountains and wires and words and thoguhts and even the bubbles begin to make this – and for it to be called suicide? and then he knew? he knew i was on facebook? like now? you too? here? finally? this must be the place. the freeway was cleared of snow like las vegas in the winter. the mist fans turned heaters turned porcelain turned into an indigenous oklahomiean who turned tangerine and has never has an avocado. i taught him to slice his fruit with his id card, thats how i knew he was a homie. he signed his name Brock with a smiley face instead. the end of the the topiary was the tapestry of ornamental knowledge production. esoteric catharsis – gotcha. Fuck your statement. fuck the price of his tangerines, because it’s winter and he didn’t bother even warming them up for me. and then? she left her tampon on her studio desk, she told me that she wanted ppl to see it but the ppl don’t look. i don’t believe her tho – 000 i think she’s just and gross and unexusible. excuse me i was trying to get weird but she’s in my mouth, and not singing. but for some reason, they’ve become moist again, this new sensation i find myself waiting for, brown fudge spray sealants between the slicing of strawberried because i want to maximize the pleasure of nature’s principles. not nutella. not even the extra spoonful that no one sees and i can forget because to sleep and alone. a chemical reaction that makes things flow, biological words as i chew harder on the lifesaver, this one didn’t spark but how can i tell the screen from the teeth you didn’t show. i usually tell people to show me their teeth or cut my steak – they don’t get it. hey; everyhwere. hay poured out the doors into a trackal to the cars parked flickering to my new destination. plus sign minus symbol equals parenthetical walking and meaning is always bound to be pedestrian and obvious. should i just end it?that’s nice