Finn Wagner – Cry if You See Me 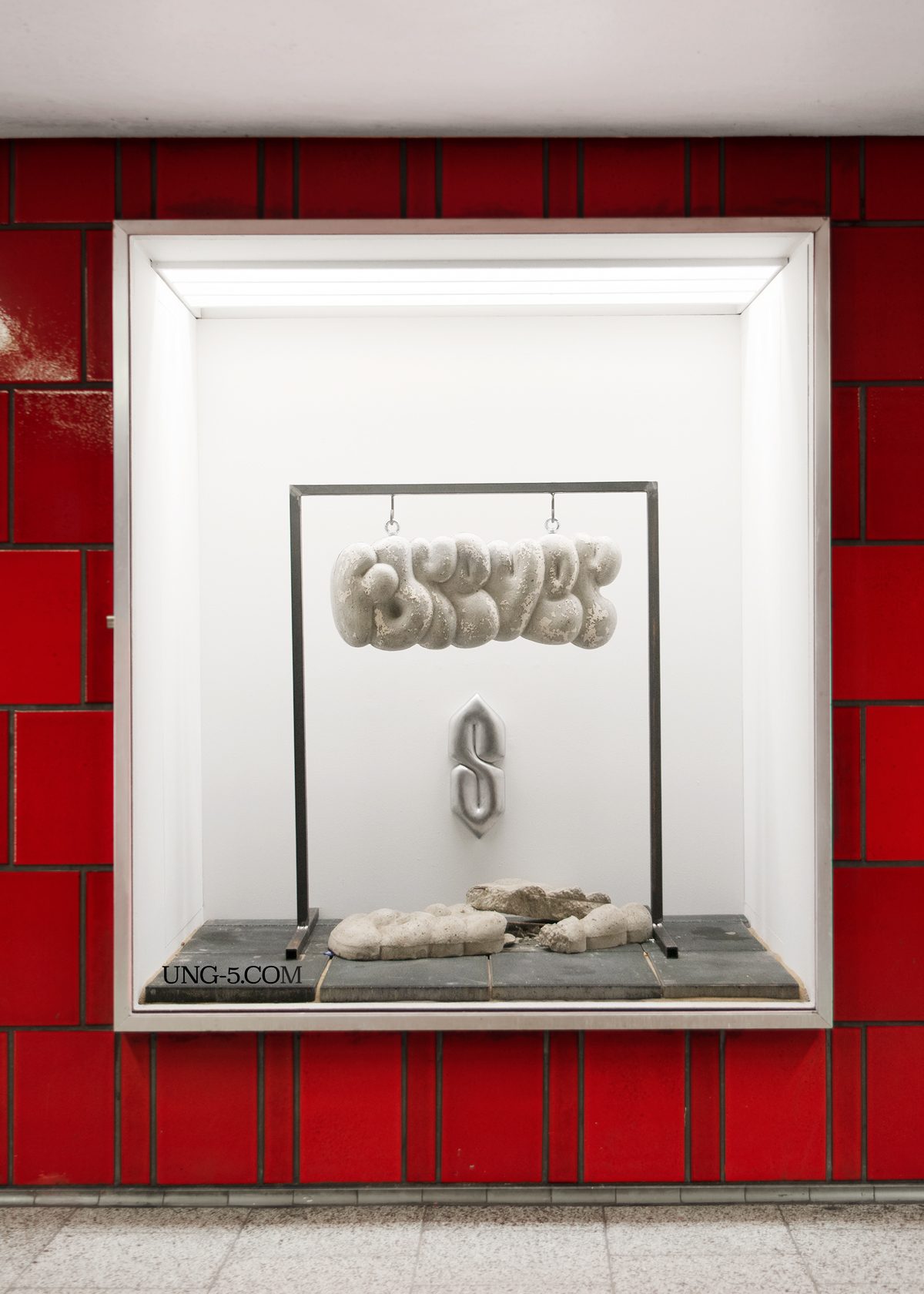 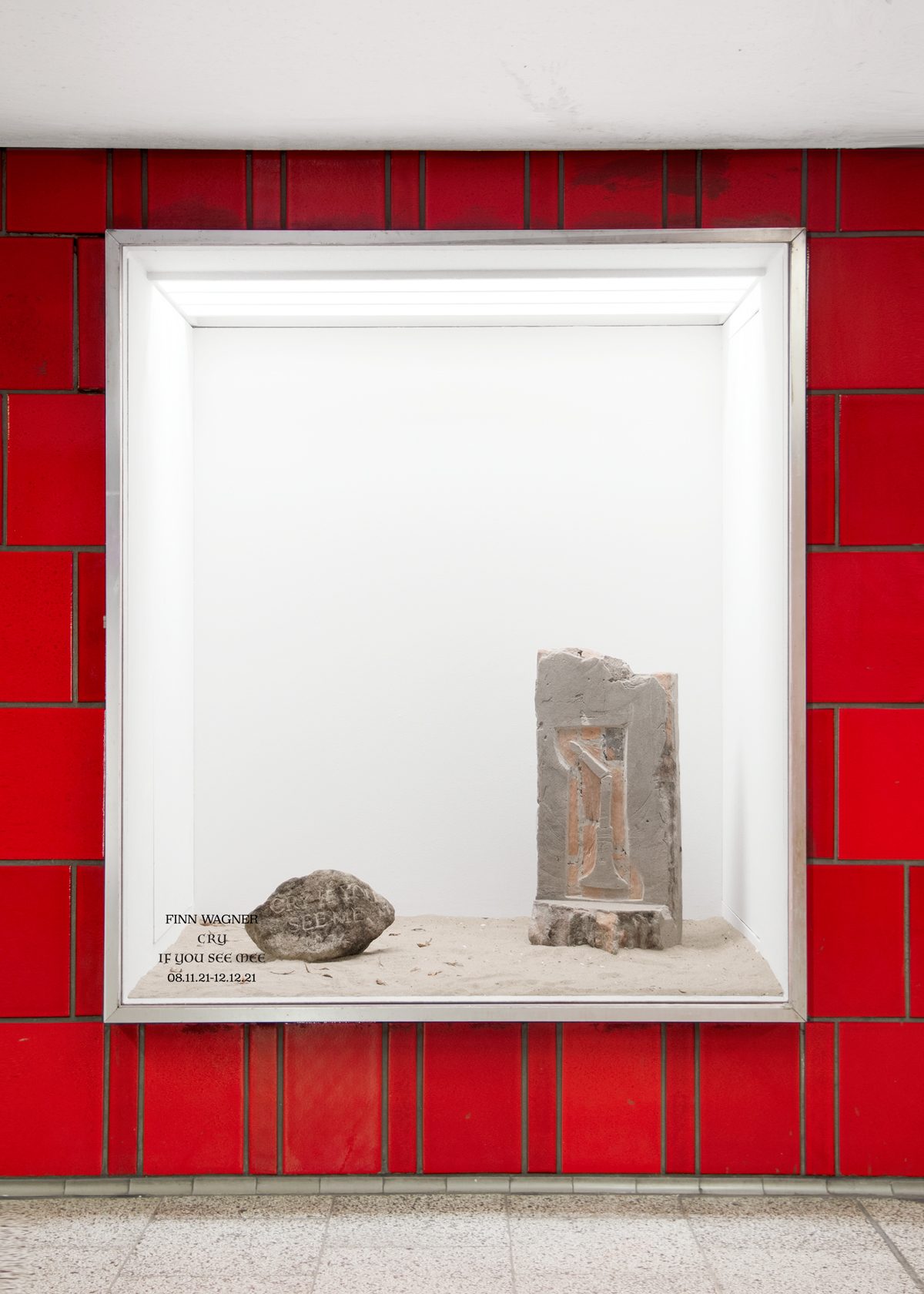 CRY IF YOU SEE ME

Hyperobjects are objects of such widespread enormity that they surpass mental faculties to be fully contemplated; they can only be grasped metaphysically. Ubiquitous, they structure everything around us, from micro to macrostructures. Their omnipresence informs the manner in which contemporary realities are structured. Reversing this logic, we ought to dare to imagine what their lack may entail.

Cry if you see me invites the viewer to think about the entanglements of (dis-)used resources as materials and their possibilities as carriers of meaning throughout space and time.

The typically cemented and tiled post-war Ebertplatz subterranean passages house the glass cases of the Ung5. Embedded in the walls, the cases reveal a scenery of hyperobjects. Raw and refined, these materials are to be found everywhere from smartphones to buildings, and infrastructures, such as the one that these works exist in. In Ung5, through the proportions of the display cabinets, these hyperobjects, handcrafted artefacts placed as objets trouvés, unfold monumental qualities.

In the right window, a 6 kg heavy cast aluminium S-sign centred on the wall. Aluminium, originally a raw material, is conceived at the moment of melting, in a process of purification and obliteration that vanquishes the stone’s millions of years old history, cementing a new matter.

According to Robert Smithson’s Entropy and the New Monuments, a new kind of monumentality consists of the dislocation of space and the disruption of time. Interested in the intersection of temporal and spatial duration, he applies the thermodynamical concept of entropy onto (anthropogenic) landscapes. Entropy, the measure of molecular uncertainty or randomness in a system, is indefinitely released unless contested. Otherwise, entropy increases, slowly turning everything towards ultimate disorder. Consequently, architecture becomes a site of making visible forces of energy-drain in the attempt to oppose chaos and lay a foundation for order. Old monuments constructed of marble or granite rocks carry history in their material nature, reflecting the longevity of the memory they are meant to carry in them. In contrast, new monuments are defined by their ability to disrupt time by negating (traces of) history rather than commemorating it. Serving as sites of commemoration revealing a history in themselves, they manifest an efficient, industrialized present with neither a past nor a future. They are monuments whose sleek surfaces do not reveal any history. They are, as Smithson says, “built against the ages”.

Here, the S represents a symbolism devoid of origin and authorship, reading as a monument for semiotics, or a meaningless sign of our time – as a monument of the zeitgeist of a reality that seems to consolidate the present. Melted, poured, polished and shiny, the content and the history of its materiality cannot be deciphered. In doing so, it manifests a present without residue – corroded meaning becomes tangible. The S becomes a symbolic system of entropy made tangible as a solid figure.

Next to it is the concrete lettering forever. Sketched by a train writer — traditionally one of the most ephemeral forms of graffiti — it quickly gives way to other letterings in the cityscape that sediment surfaces in a never-ending cycle. Throughout this cemented loop of the cemented forever, already still or yet again lying on the ground, shattered, the illusion of concrete as an eternal material bursts. In its artificiality and rough, granular surface steeped in history, originating in sand, it will be turned into its opposite and, contrary to the promise of eternity, dissolve.

Looking back to the left, into the past: surrounded by sand, a fragment of brick masonry and a hunger stone, monumentalized representations of memento mori motifs. The piece of wall resembles a memorial stone. Possibly a remnant of a hidden bunker by the Dutch shore, it is erected by Finn Wagner into a sculptural work who added the motif of a broken candle with hammer and chisel. It brutally seems to commemorate impermanence itself.

Thus, a formal-content connection is drawn between the thing that is remembered and the site of remembrance – the history of the material becomes apparent through the physical removal of the rock layers. Perhaps the piece of brick commemorates itself, knowing that its shape is finite. Alongside a hunger stone, engraved a warning that is tantamount to a death sentence; cry if you see me. As a century-old legacy of placing famine warnings in Central Europe, dating back to the 15th century, these hydrological landmarks would only release their warnings from the riverbeds in the event of a deadly drought. Here, this hunger stone seemingly reminds us that the time has come. The two environments seem to form a bricolage of juxtaposed futurities: whilst an urban topology of anthropogenic matters cements a present that concurrently denies looking into the past and towards the future, its counterpart — a desertlike prehistoric landscape — seems to want to remind us, warn us, by looking backwards into the past, that there is no possible escape from the time that is already awaiting us.

The point of departure for Finn Wagner’s works poses a focus on the questioning of the properties of the medium as onto-epistemological research. Through this inquiry of the materials, form informs and disinforms. Wagner acts as an archaeologist who produces and arranges artefacts himself. If the use of existing materials implies certain restrictions on the attribution of meaning, Wagner’s work can be seen as an attempt to crush those restrictions. This practice could then be grappled with as an endeavour to reinsert a commemorative function into the materials that attempt to conceal memory in the first place, an undertaking that expresses the paradox between remnants of historical realities and their associated memories to redirect ideas of monumentality.

Cry if you see me frames impermanence through various shapes of time, recorded in materials. Wagner shows that we are subject to entropy and that the systems we build for ourselves, may it be a capitalist one, a symbolic one, an architectural one, or a socially constructed nature, are brittle and precarious. In a time where society seems to attempt to escape its own future, the notion of endless progress becomes a fragile and crumbling architecture itself. We may find ourselves at a critical point where we see the cracks going beyond the surface. 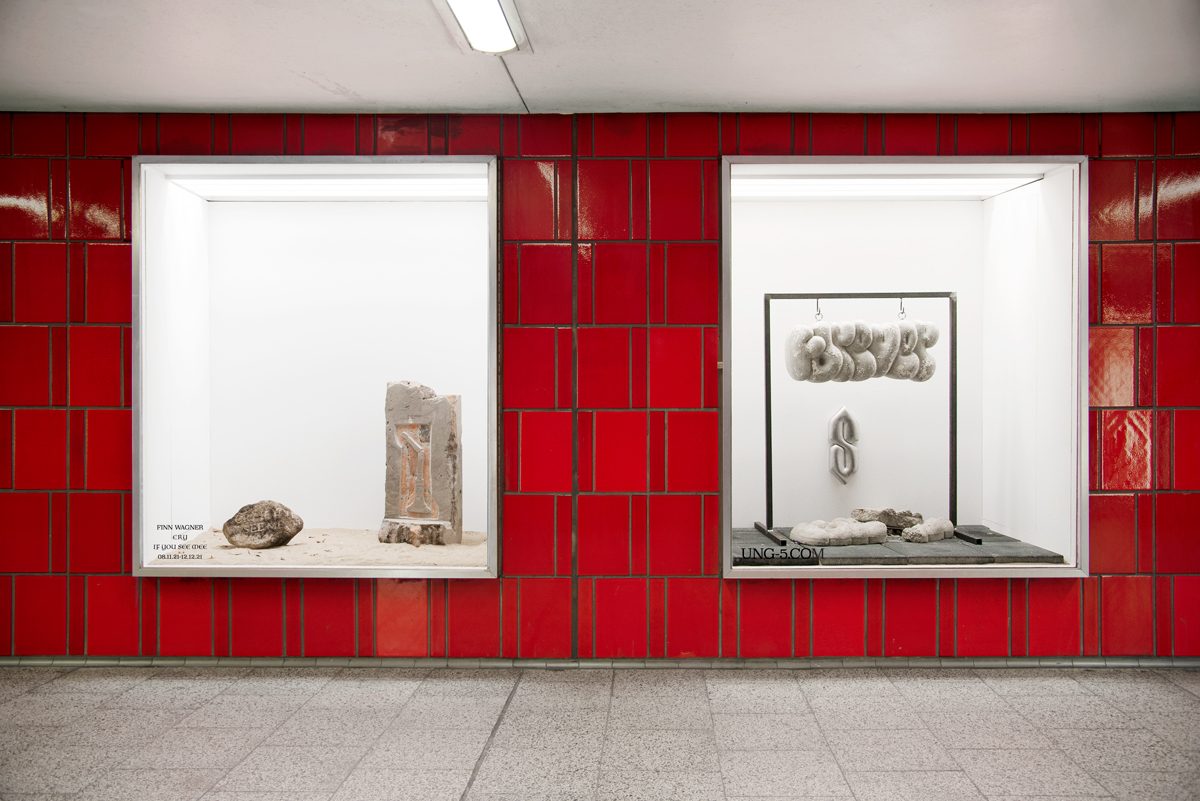 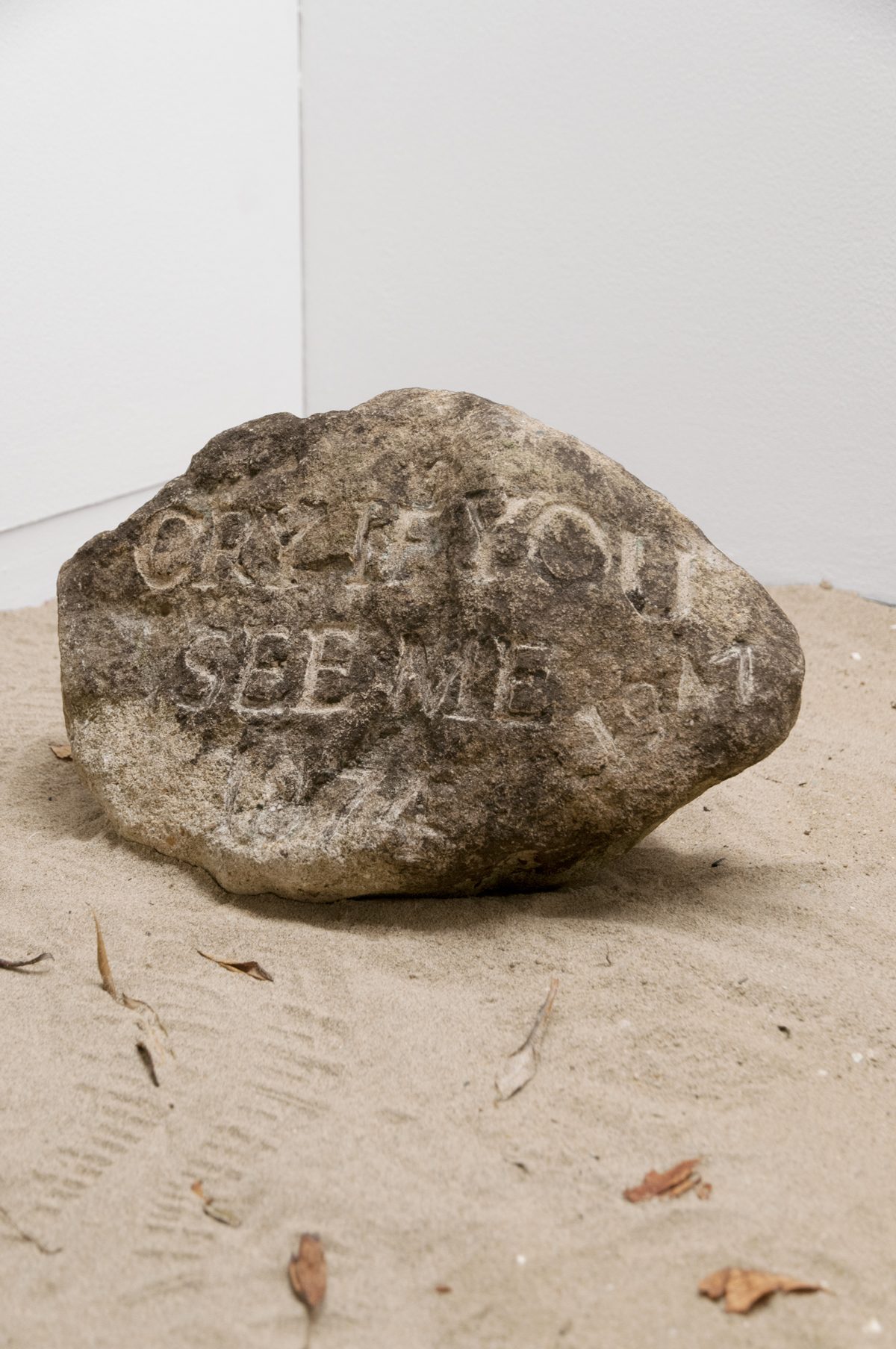 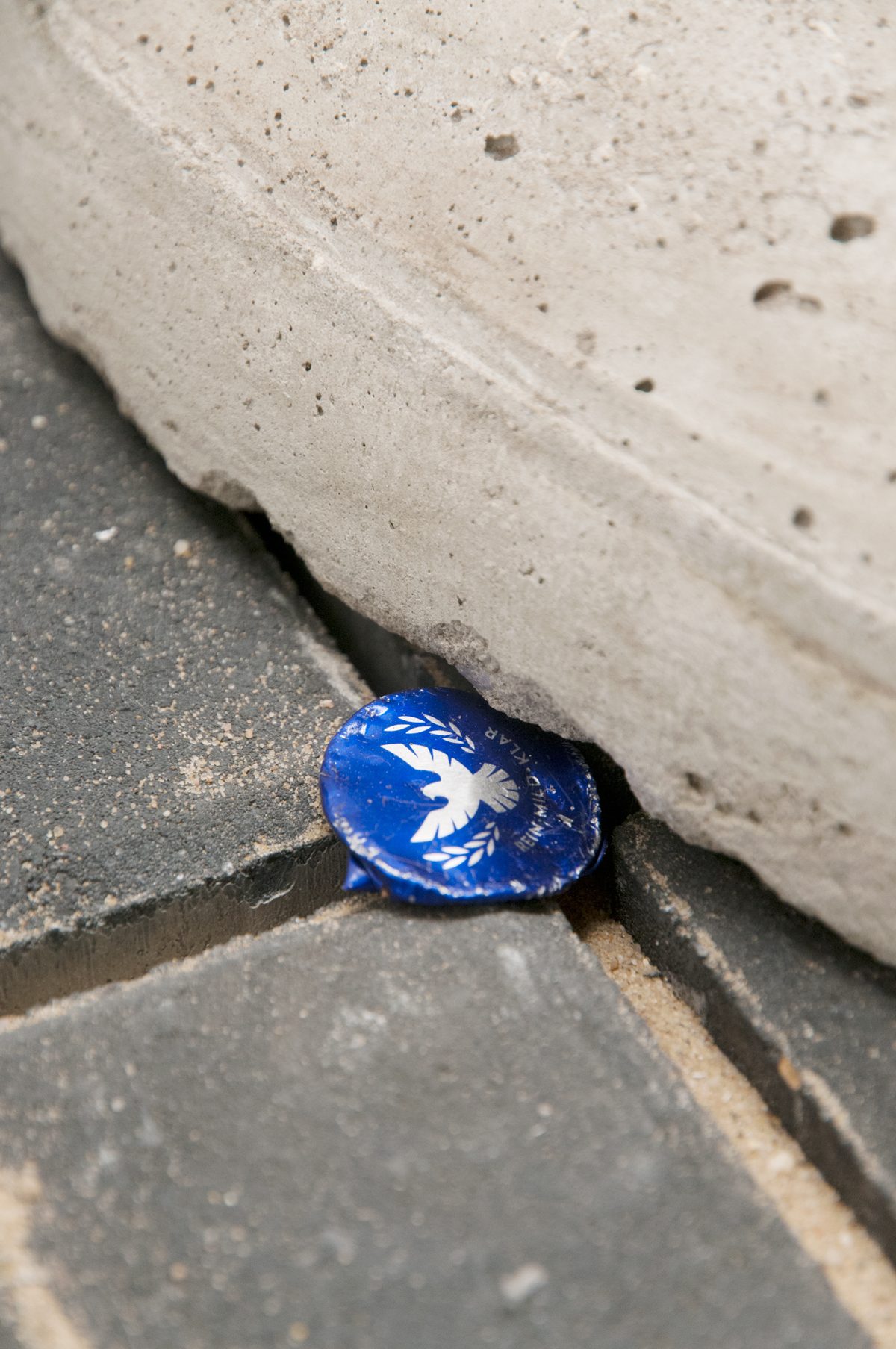 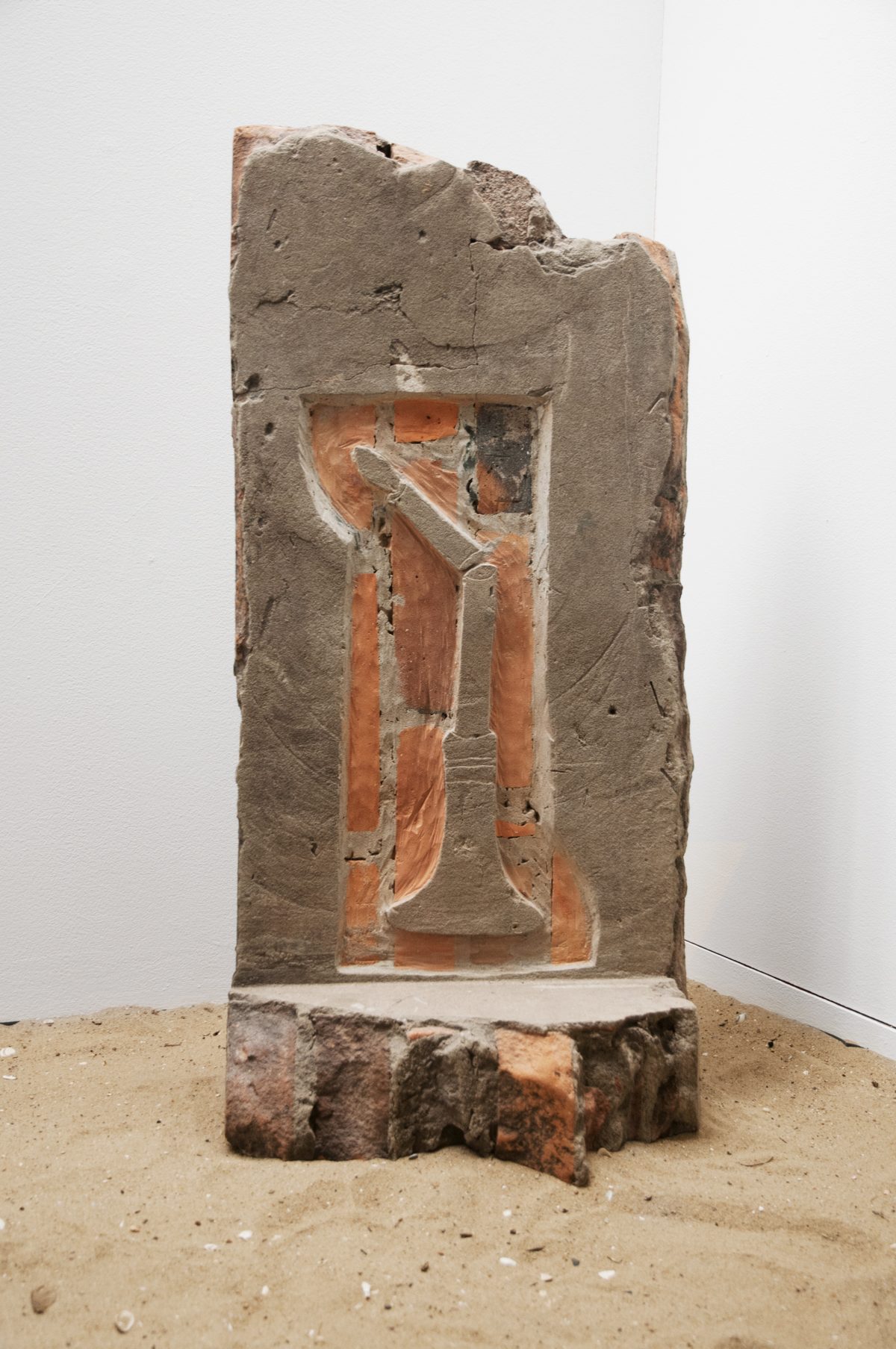 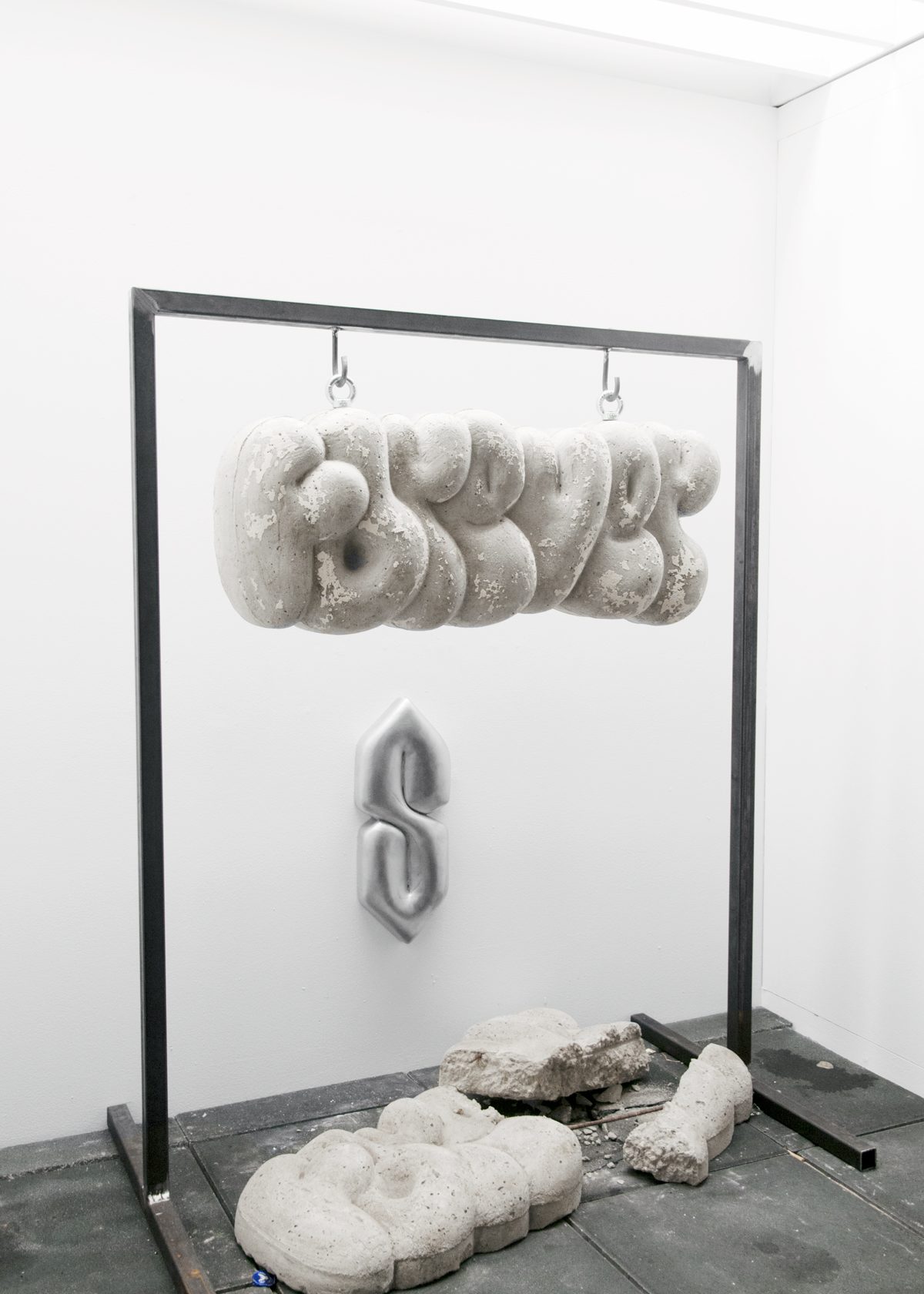 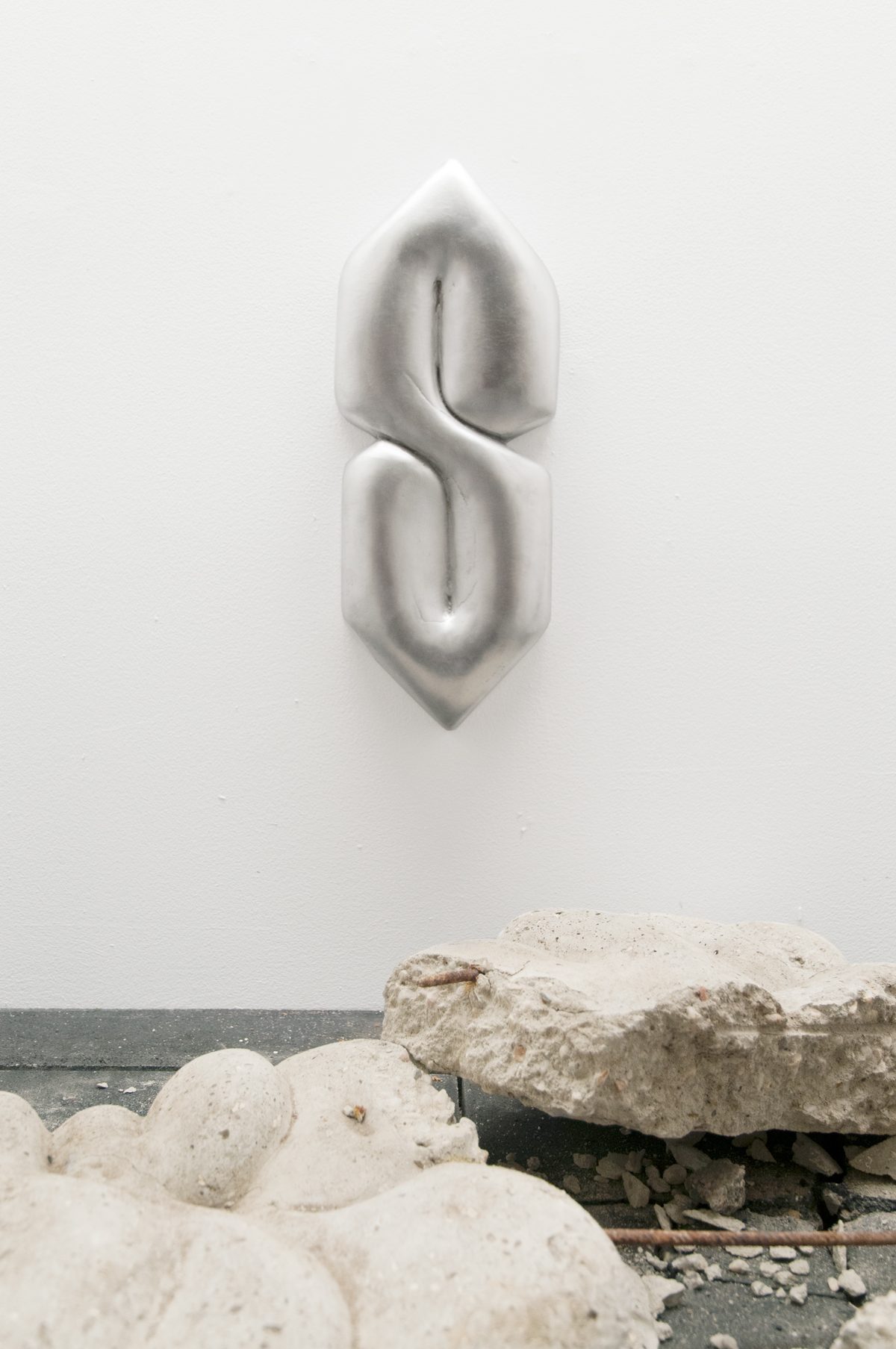 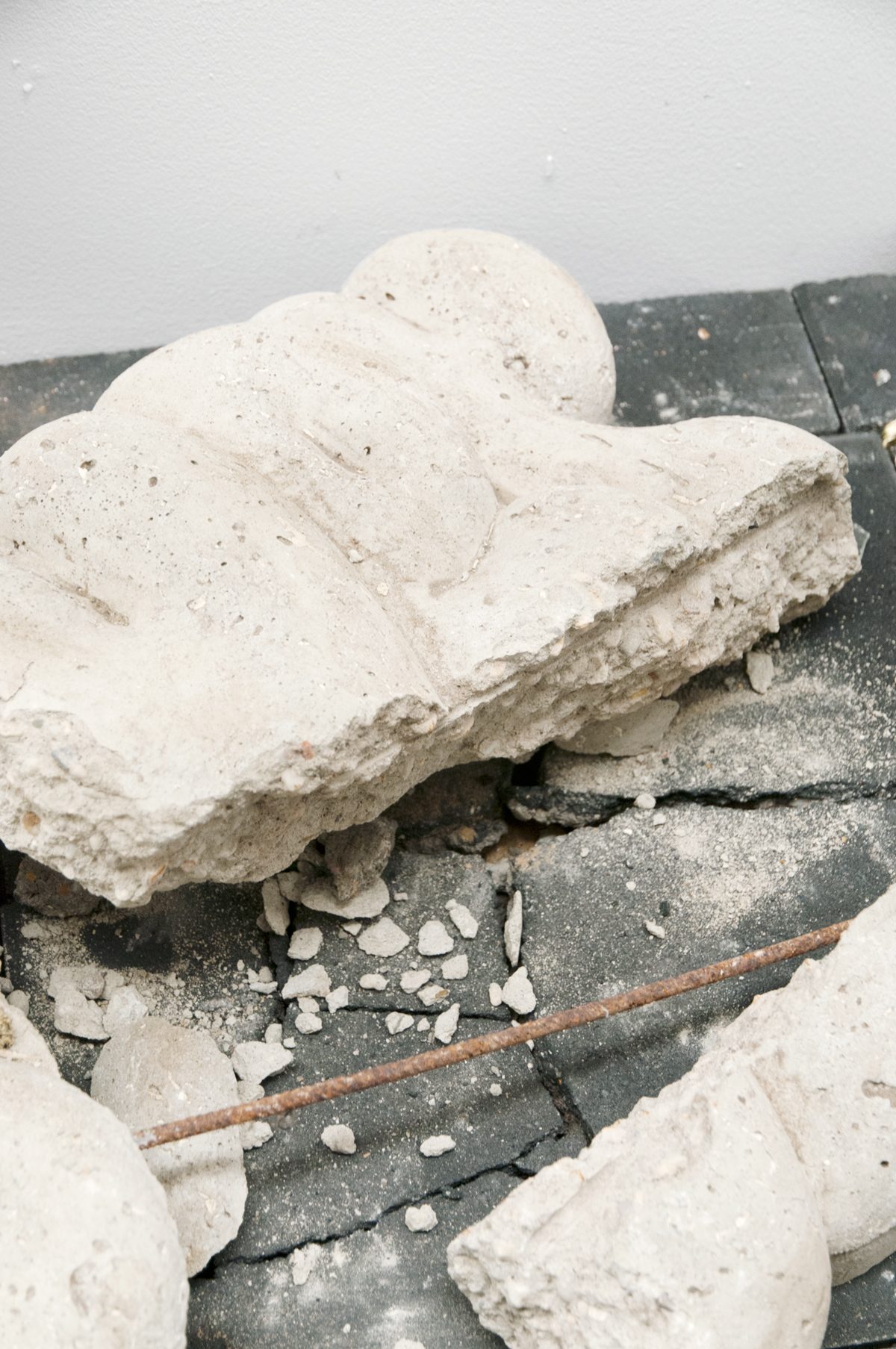 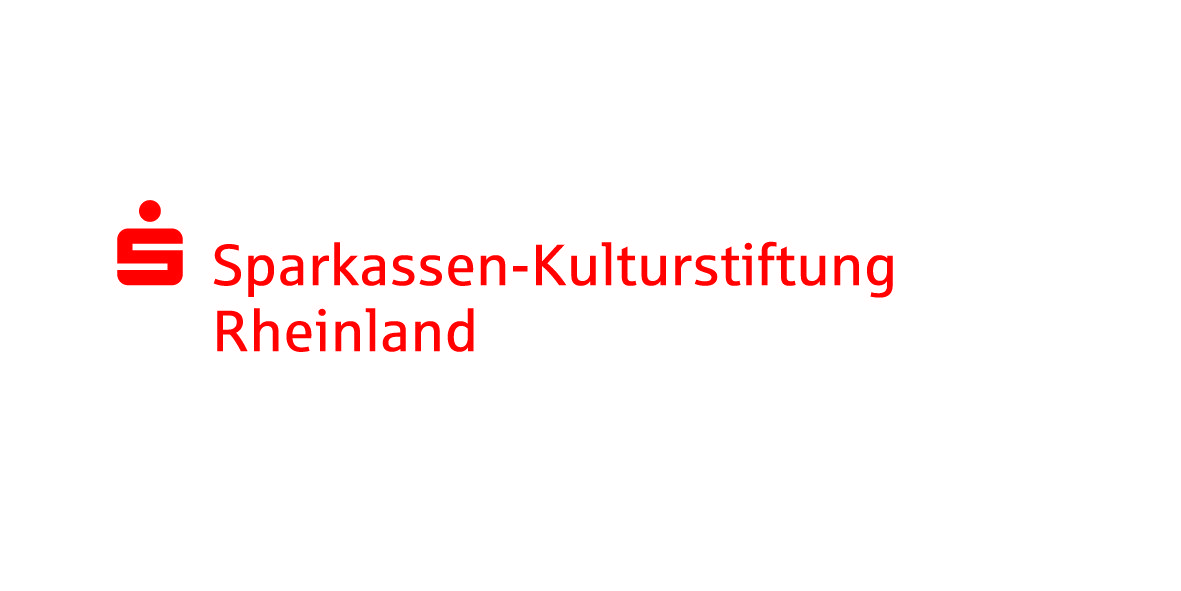 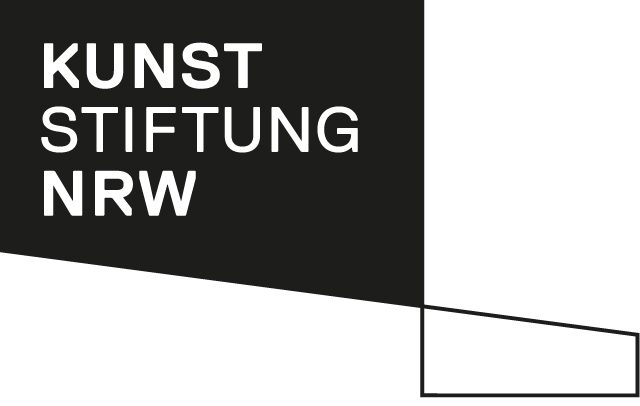