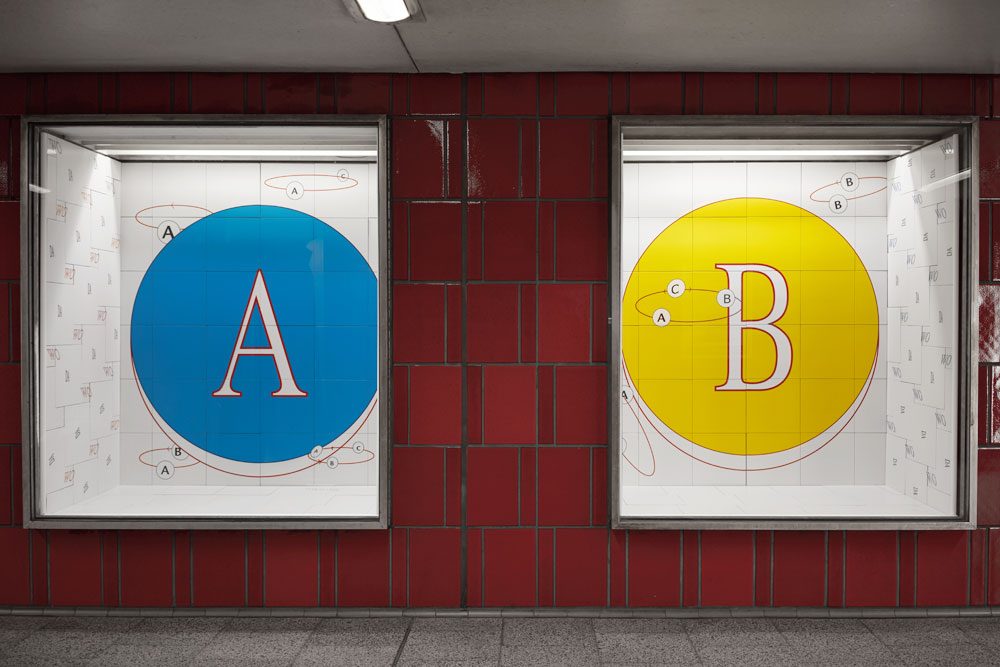 Following  the sequence of exhibitions, 5,26 m³  shows an installation from Julia Calvo Sanchez.  Julia was born in Madrid in 1985 and lives and works in Hamburg. She is finishing her studies at HFBK (Hochschule für bildende Künste Hamburg) this year.

Julia creates an installation in which a number of given elements contributes to create a small world of  semiotic implications .

In A and B a continuum is implied, the possibility of the whole alphabetical system through logical sequence…  An order that – given this two signifiers – creates a vacuum where the existence of the rest inexorably will follow. 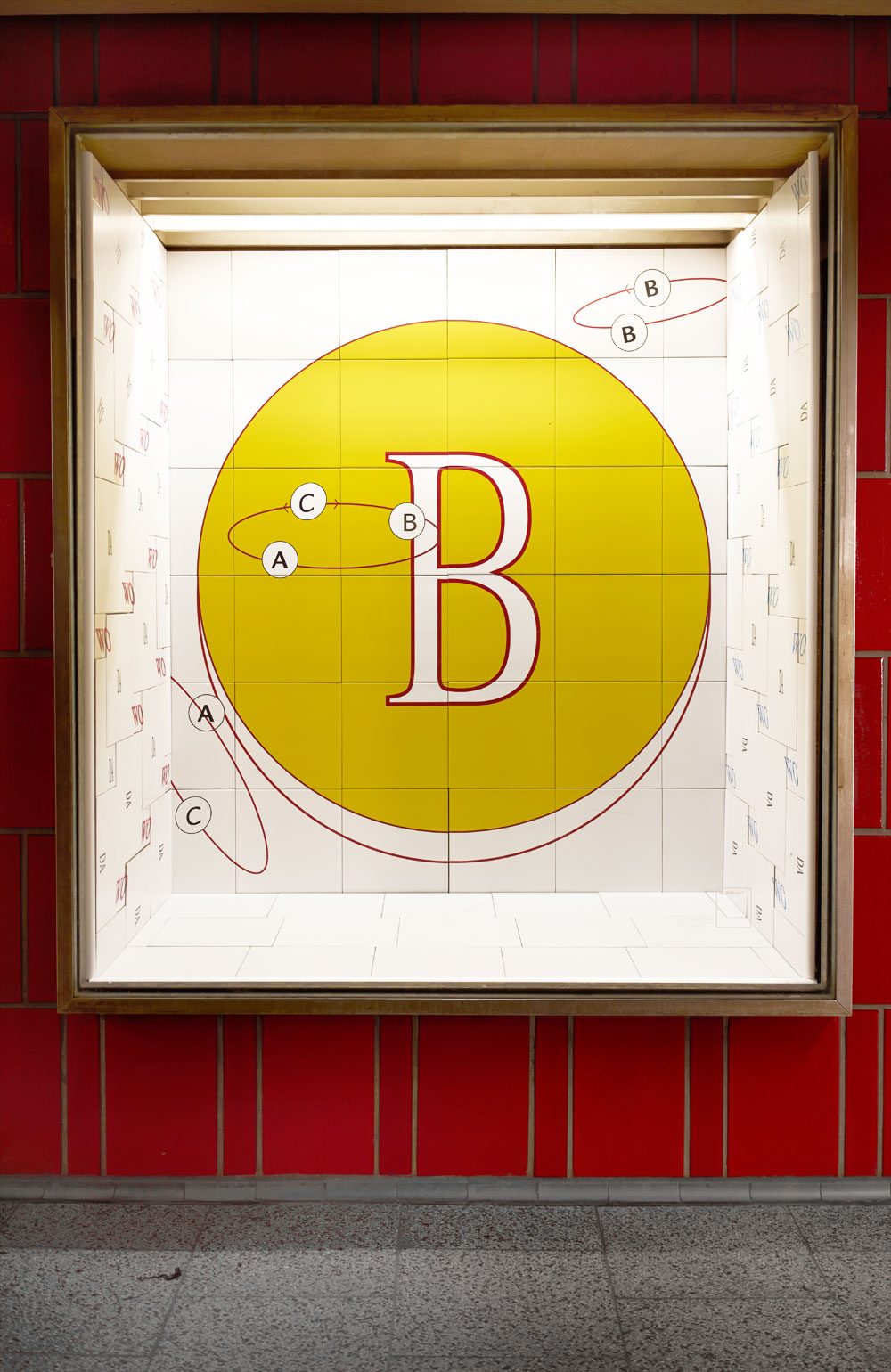 Julia Calvo’s installation creates a sort of vacuum as well.  Both showcase windows are plastered in white tiles.  In the first, encased in a blue centered flat sphere that occupies almost entirely the back wall is a big capital A.  In the next  showcase in a yellow sphere (a) B..  These two images are ”circumdated” by some elliptical satellites in which A, B, C, encased in smaller circles, stars of sorts, gravitate…

An order within a universe where the signifiers that it carries are the tools to name its possibilities. Medium and end.

A certain clinical whiteness implicates the exclusion of chance.  Though, this ordeal is relativized by the words inscribed within orderly distance in the adjacent walls:

WO(where) and DA(there). This words are written following a certain dynamic that evidences movement.

If WO (where), a question and an adverb, is the result of the union of two given signifiers; a consonant and a vocal composing a syllable, begs for Ortung/Localization…  DA/There, another adverb , D + A, DA/There, the answer, can be anywhere in the whole  Universe. 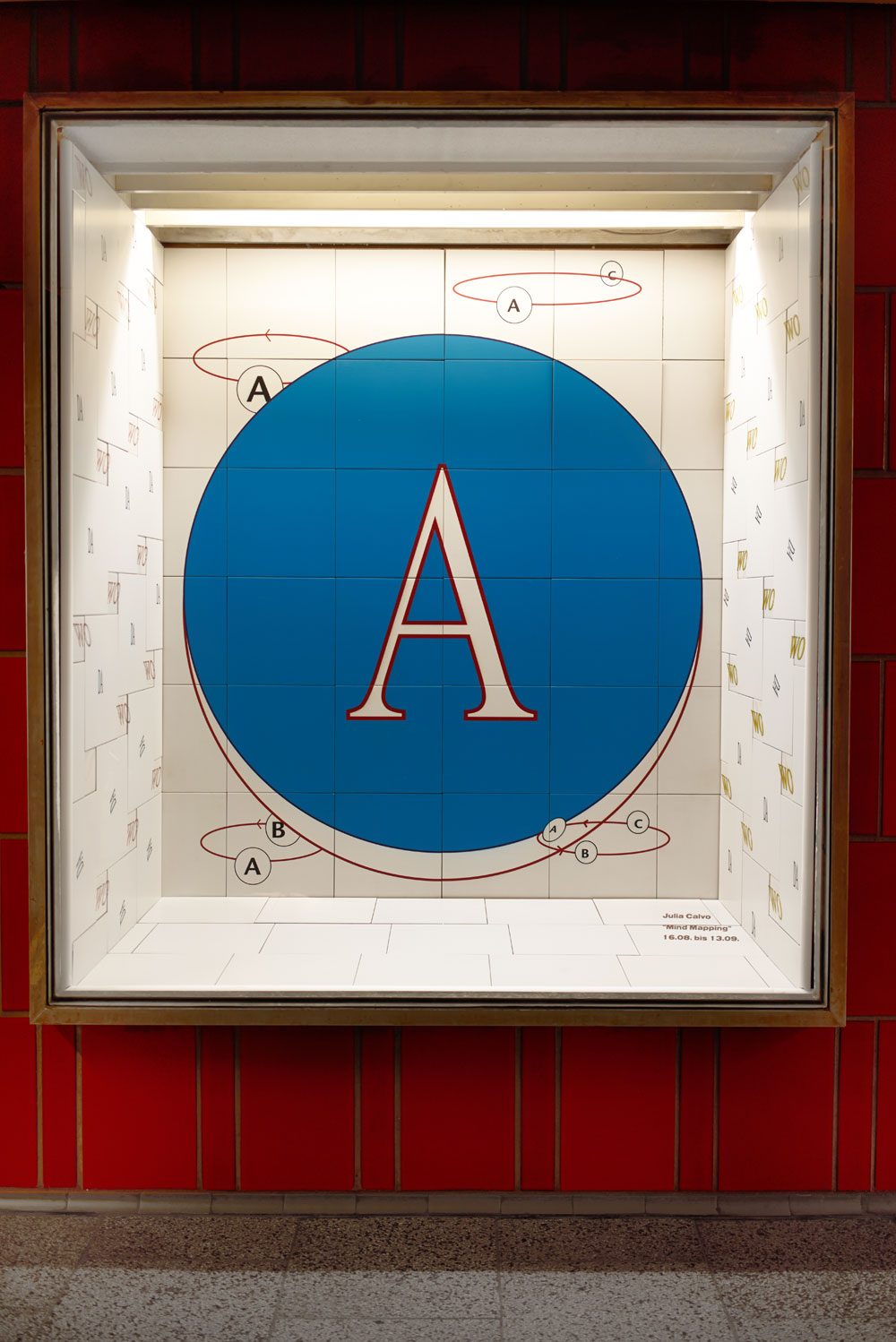