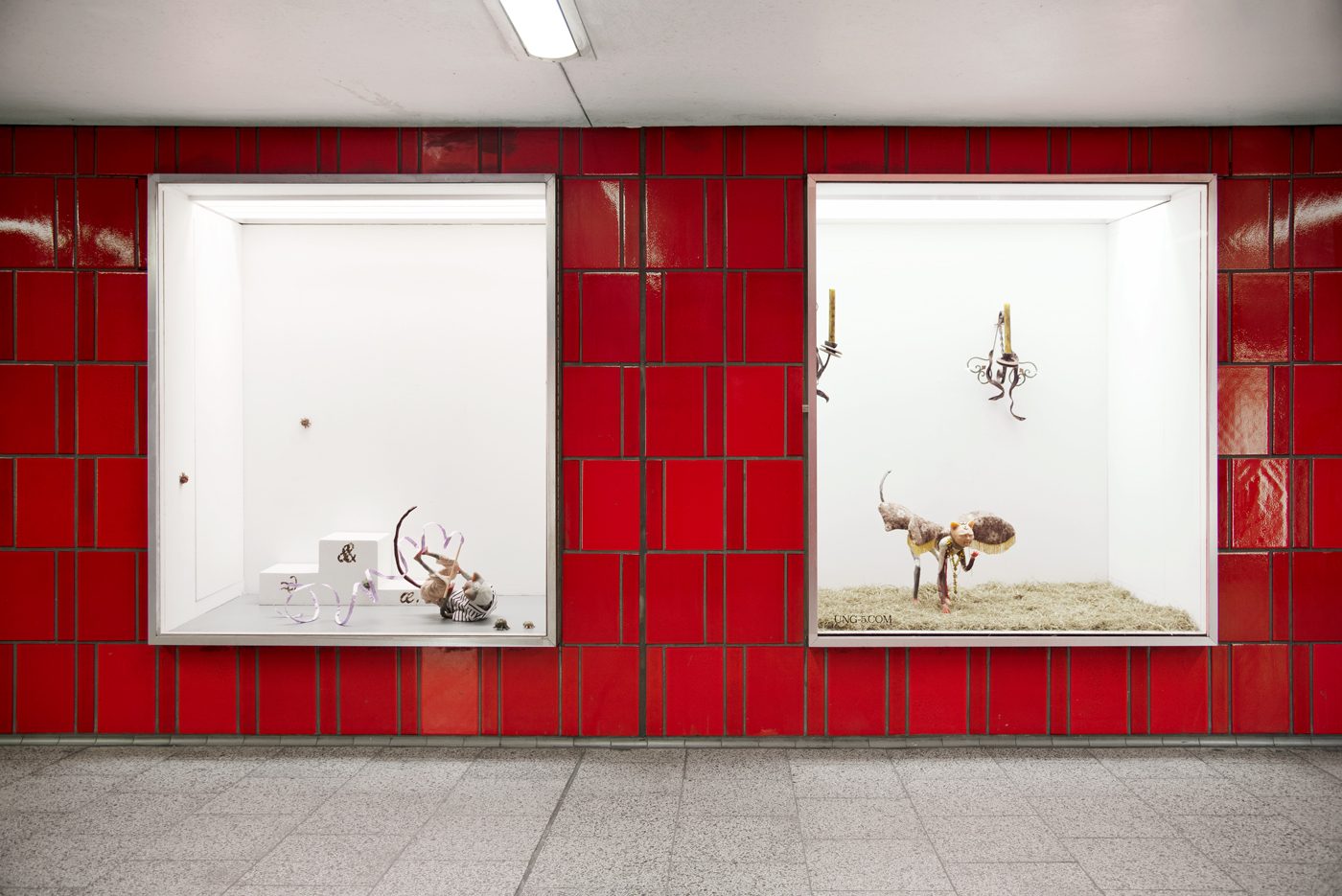 Camp Cats, Mocking the Order
You don’t know what’s going on, but it just won’t let you go.

With his exhibition Contact High, Nils Alix-Tabeling shows silent acts of resistance in two scenes that are not related to each other by their content, but by the mood they evoke. Situations brought to a standstill are visible, but their movements are indicated in such a way that they resonate in the mind of the viewer. They remain resistant, because when looking at them, one does not succeed in controlling the objects with one’s gaze. They are surrounded by an ambiguous uncanniness that grips us and lets the power of interpretation over what we see slip away, so that they elude the orderly observations. Due to the materials used, the figures, neither human nor cat, appear as if they suddenly stopped and were covered with a meaningful layer of time. They seem to roam somewhere between the living and the inanimate. There is something ghostly about this unreal moment, the movements of which can still be felt despite, or perhaps because of, their absolute stillness, which means that the objects elude our control. Rather, they take control of us, causing a shiver to set in when we look at them. The mythical creatures’ lack of interest in the scenes depicted and the viewers can be read as an act of refusal. They aren’t interested in their sporting success, they bark at us because they don’t like us entering their space. In this way, these beings take on the characteristics of the cat, which asserts itself as an animal of irrepressible mobility, because the actions of the animals are as unpredictable as they are controllable. Although the scenes are frozen like snapshots, the two cats refuse to capture them. 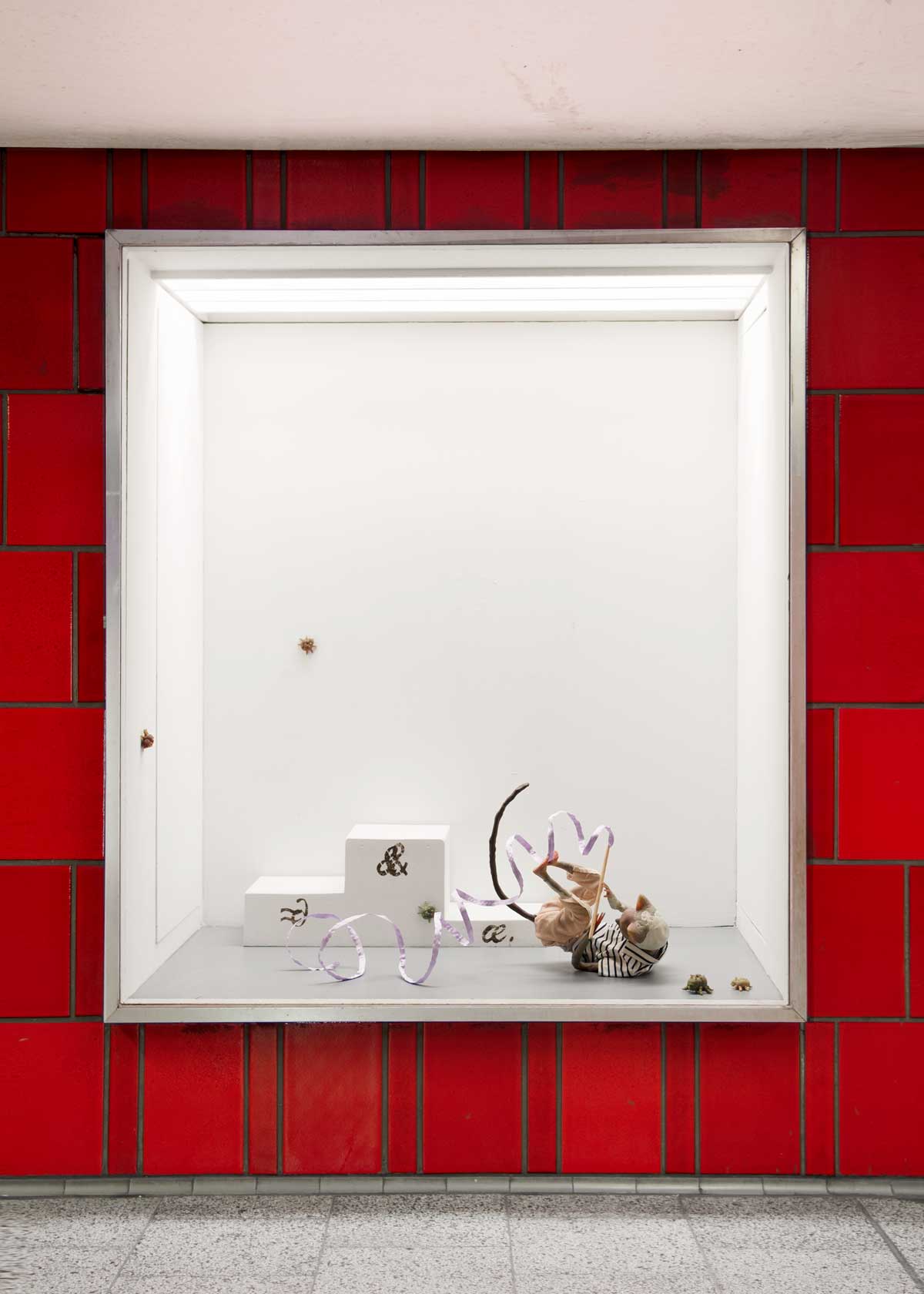 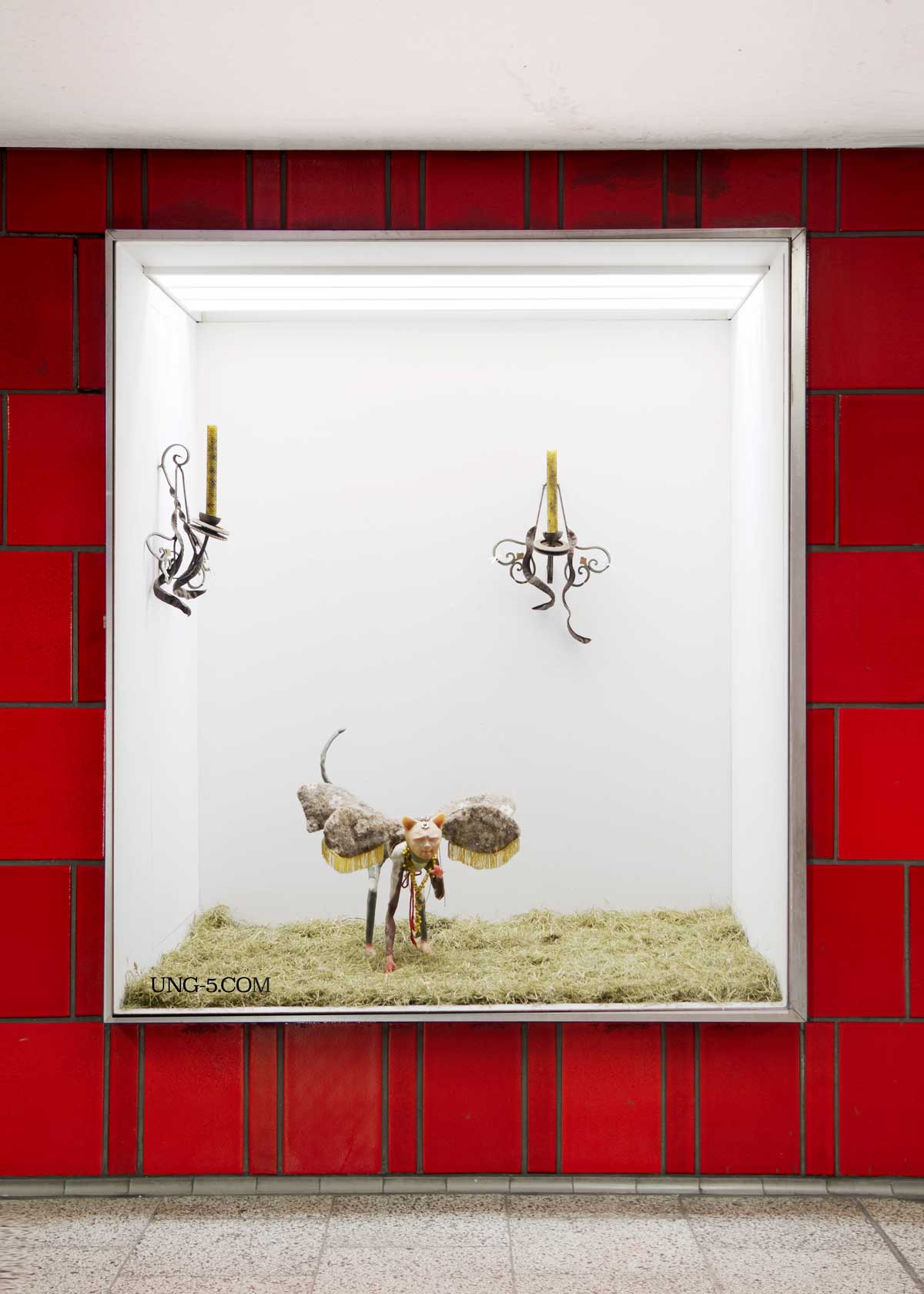 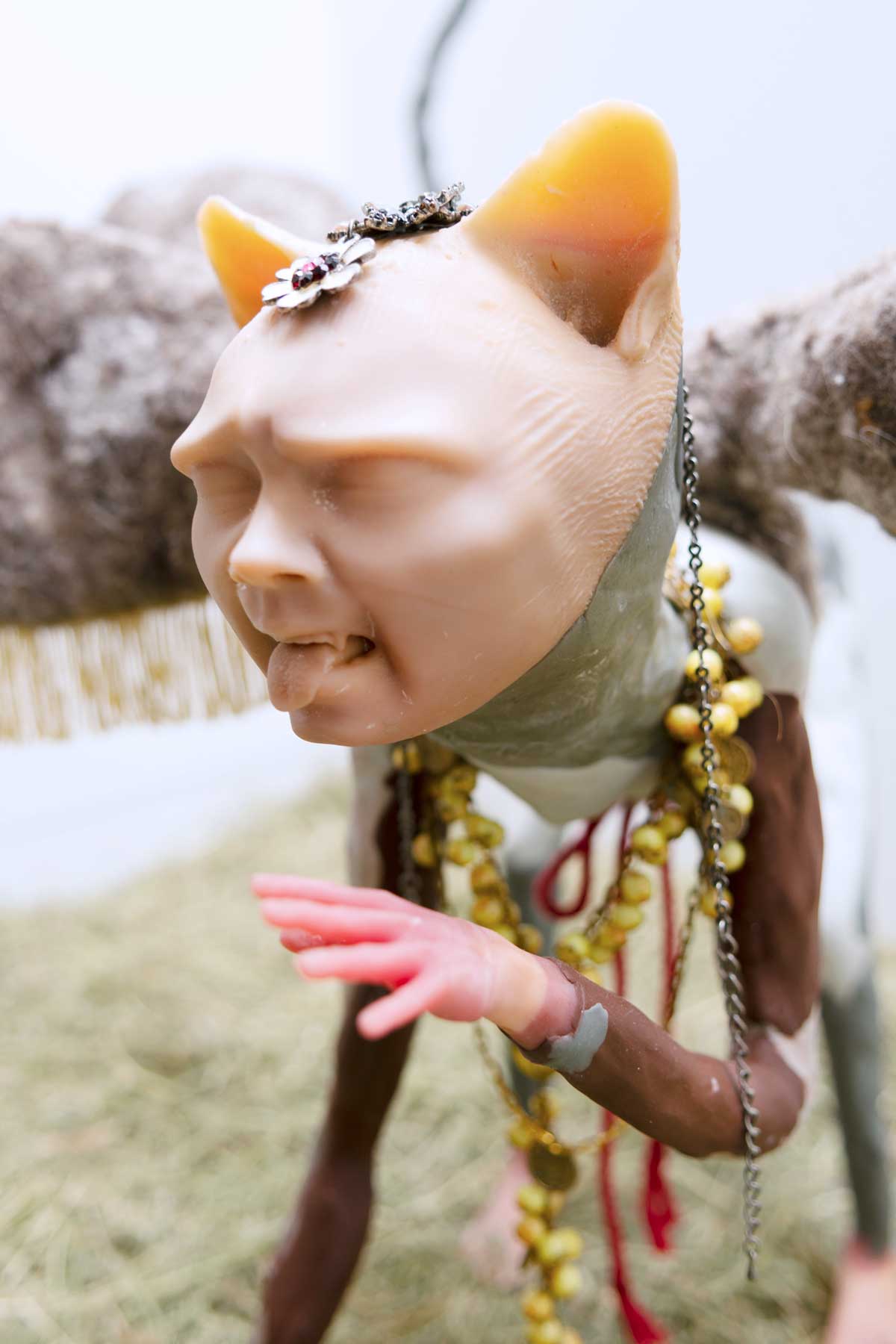 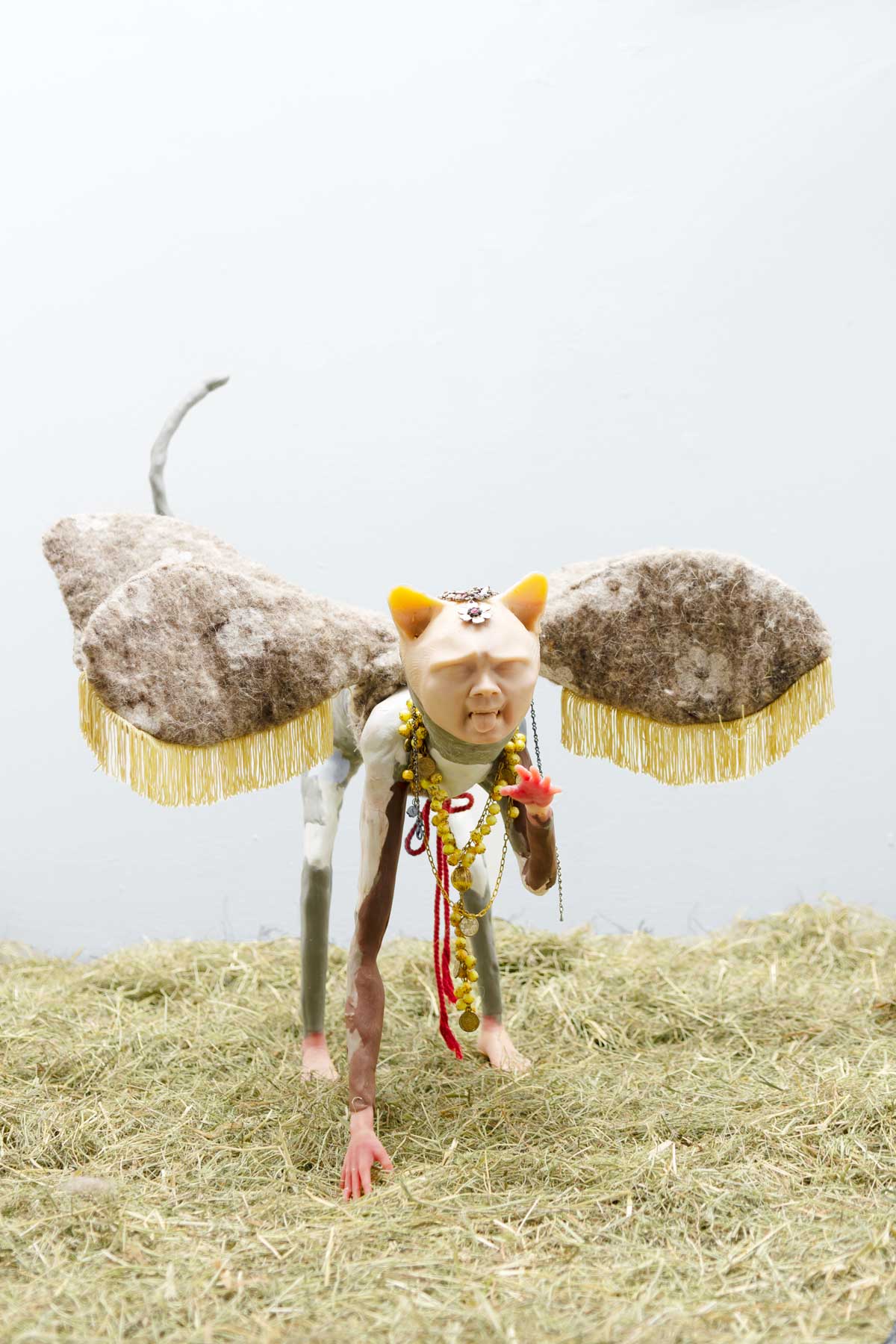 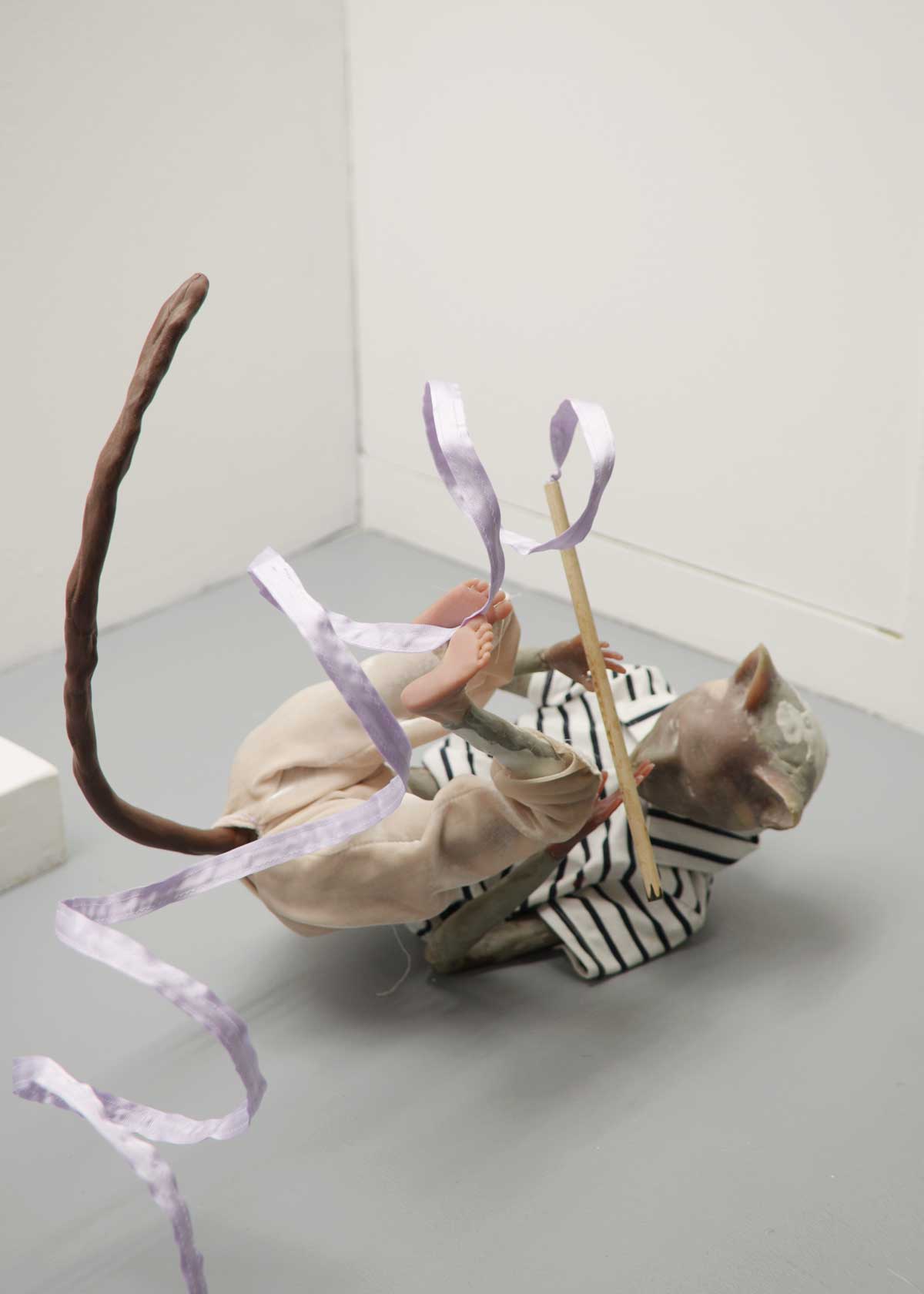 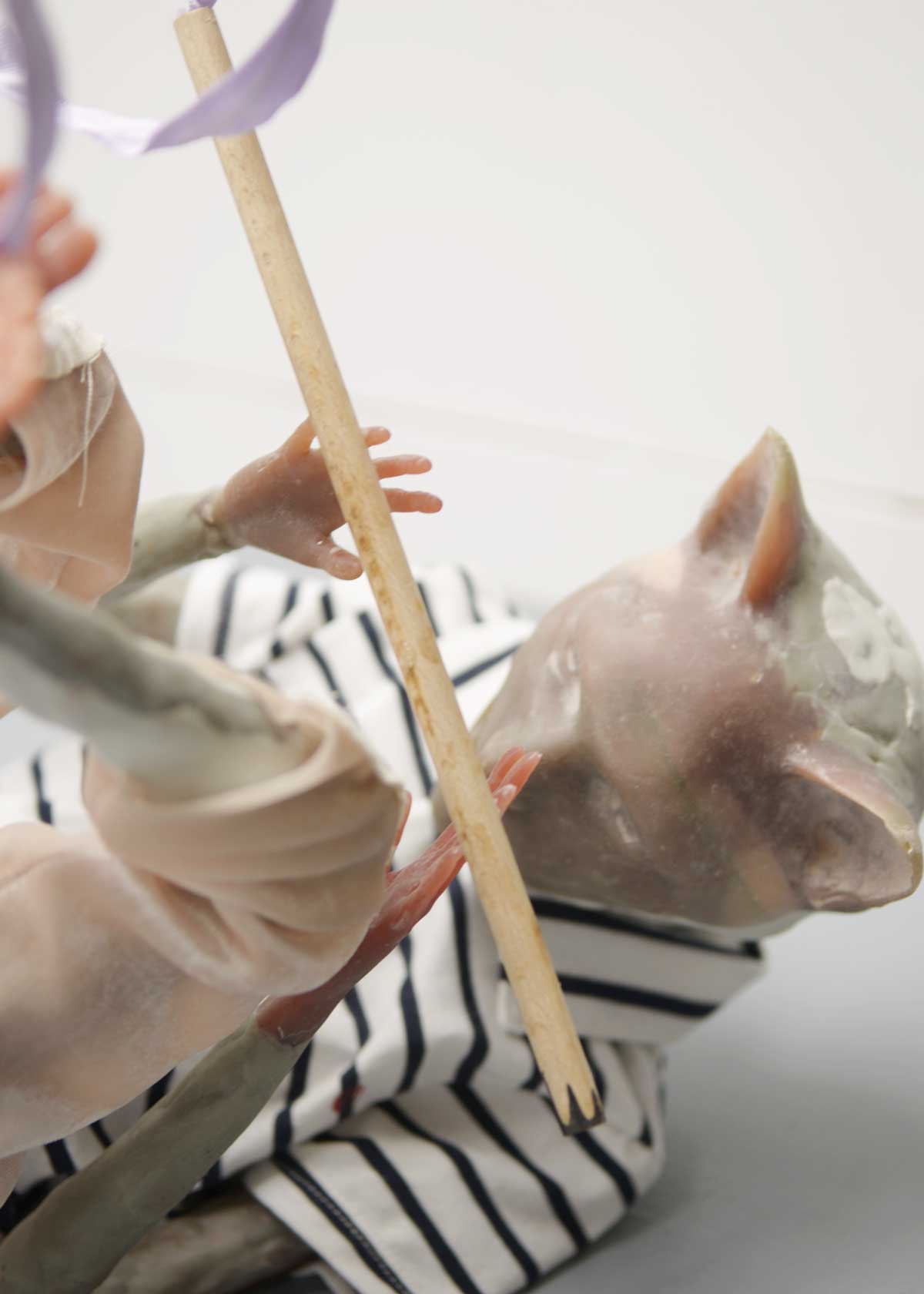 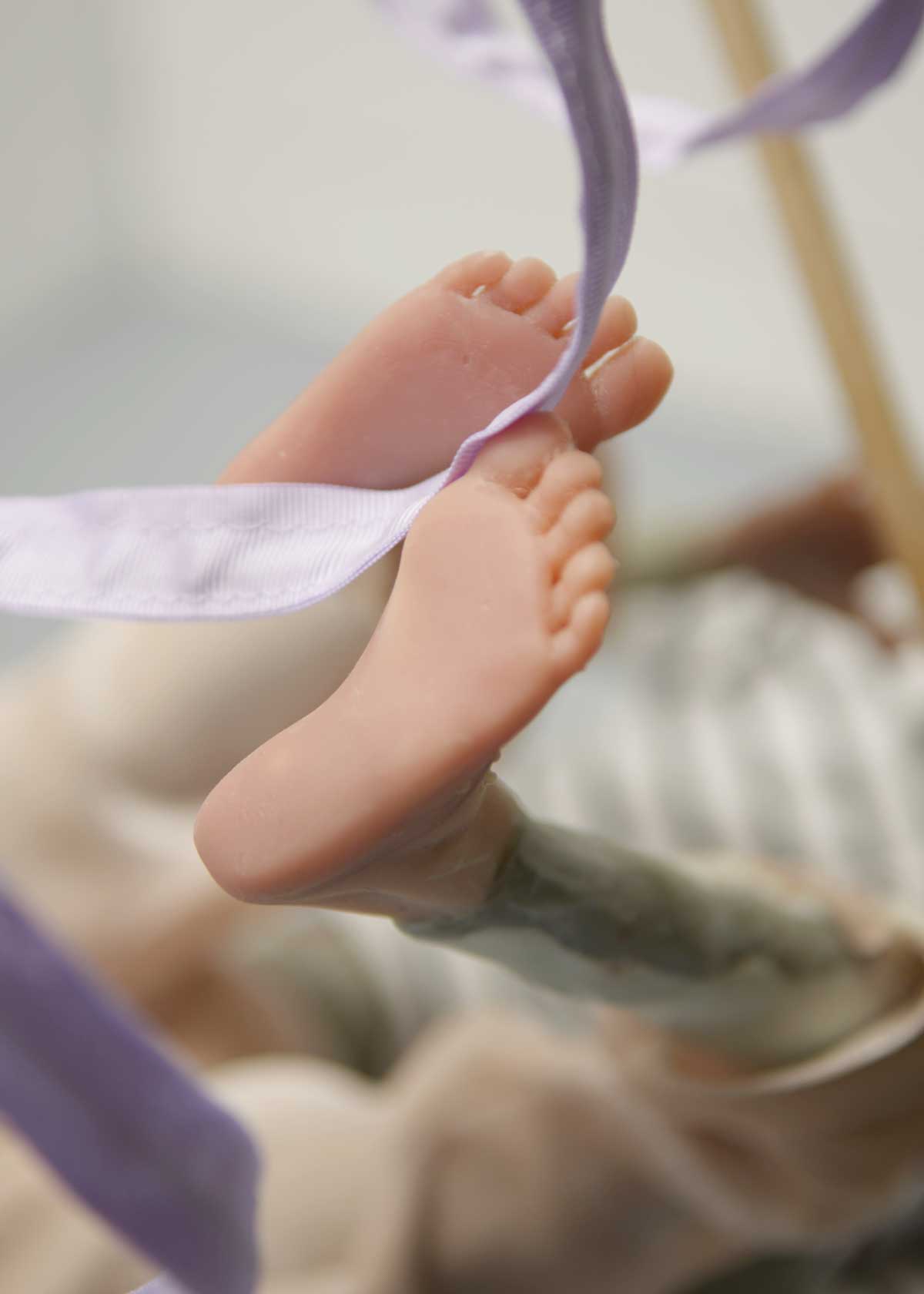 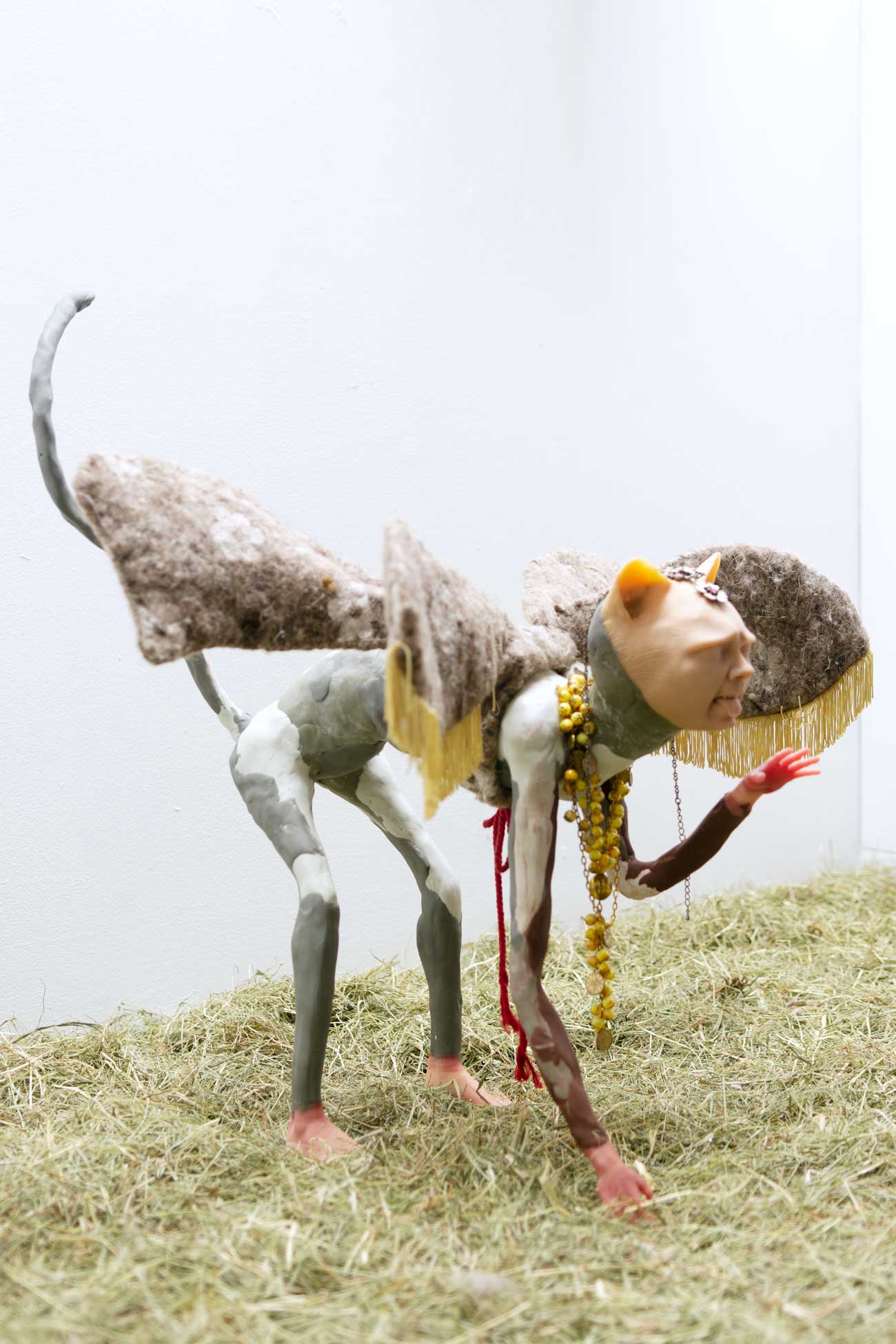 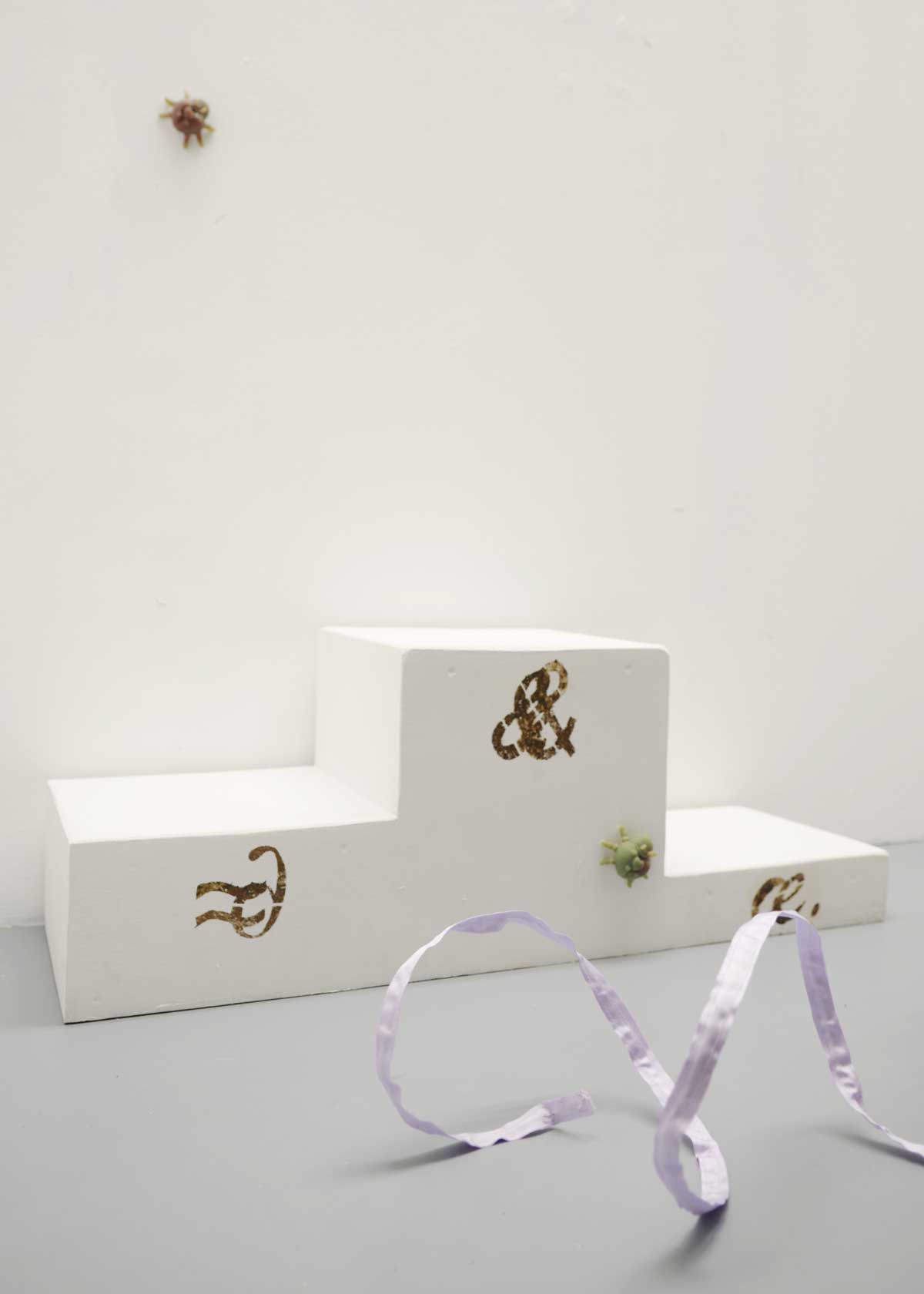 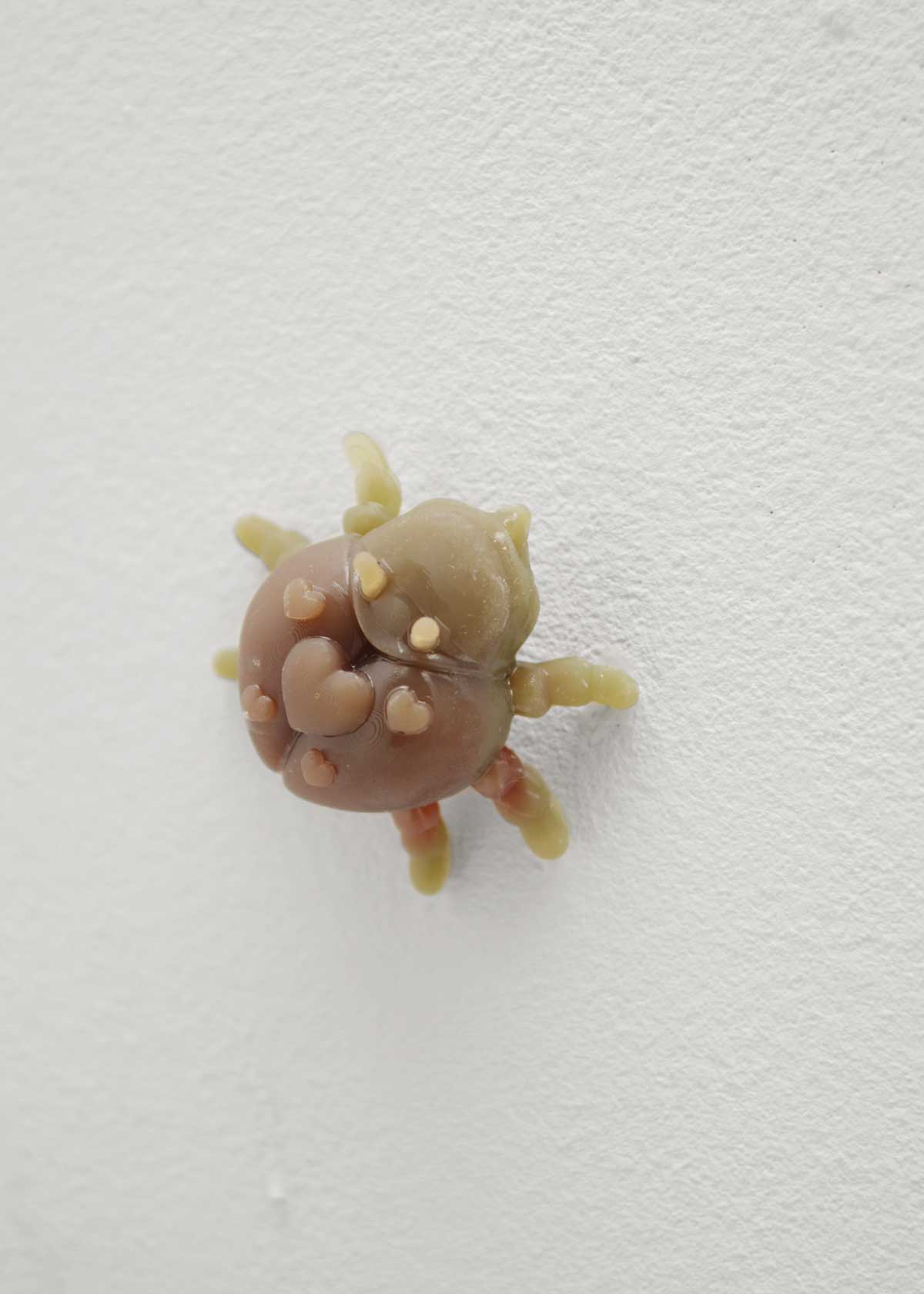 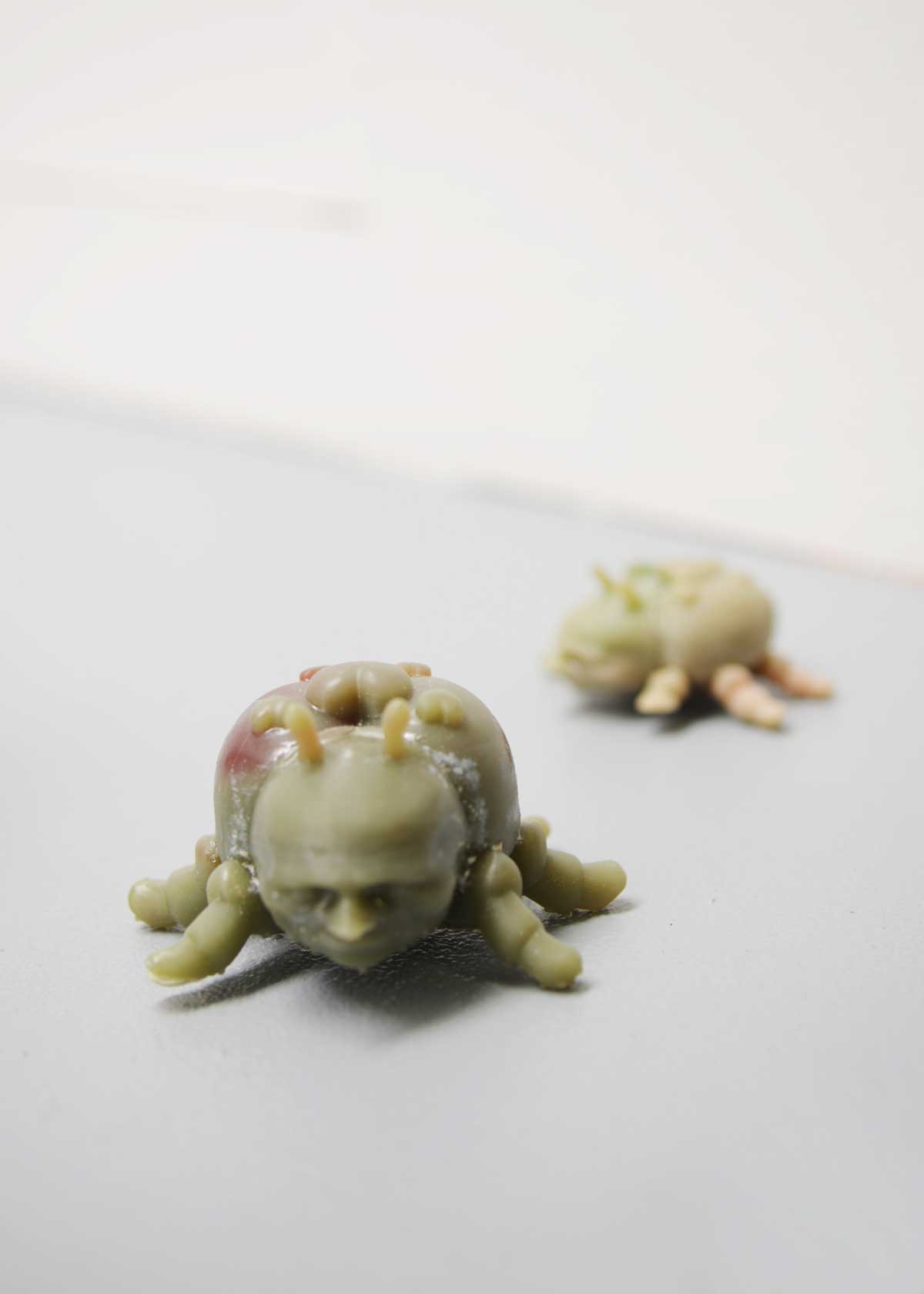 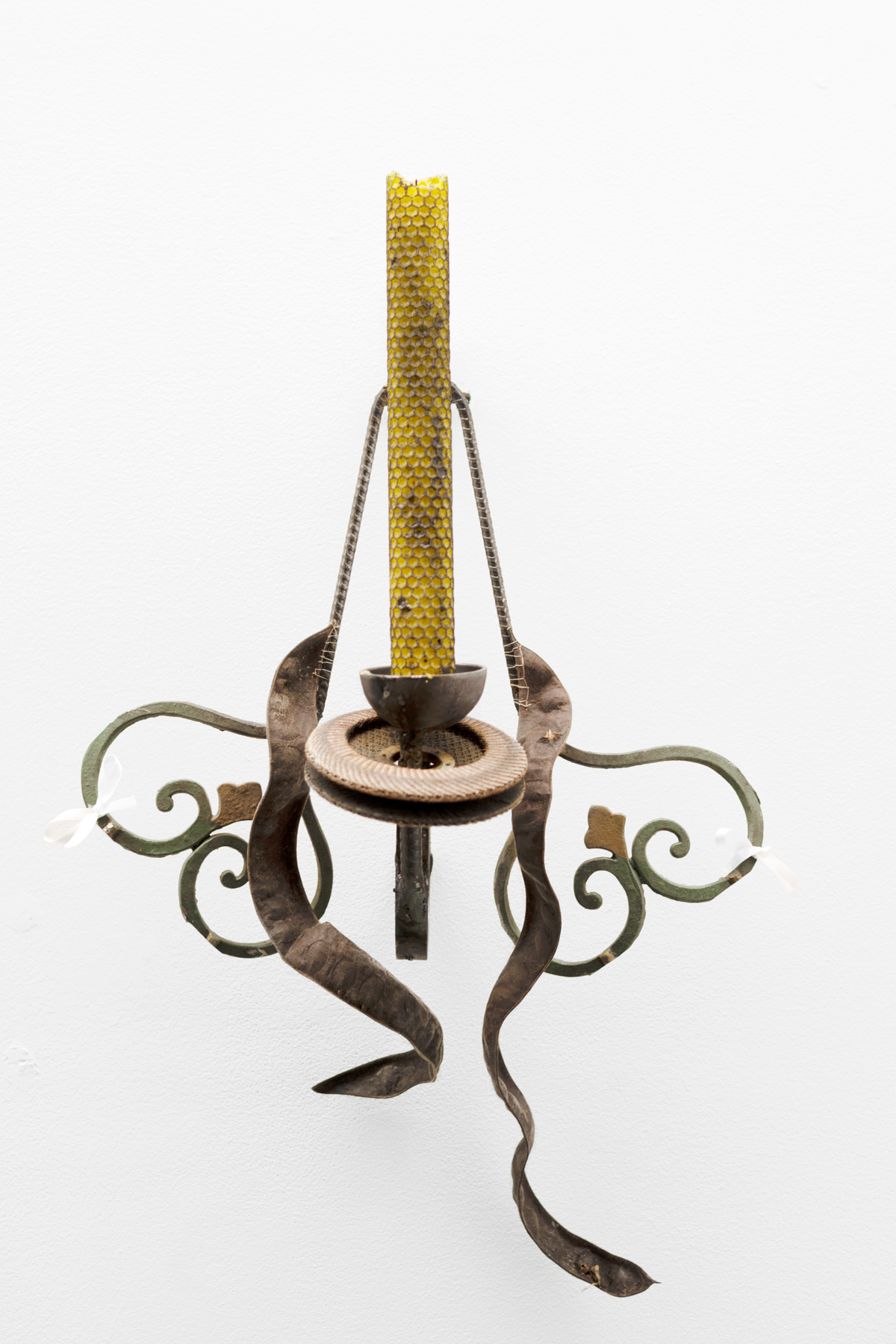 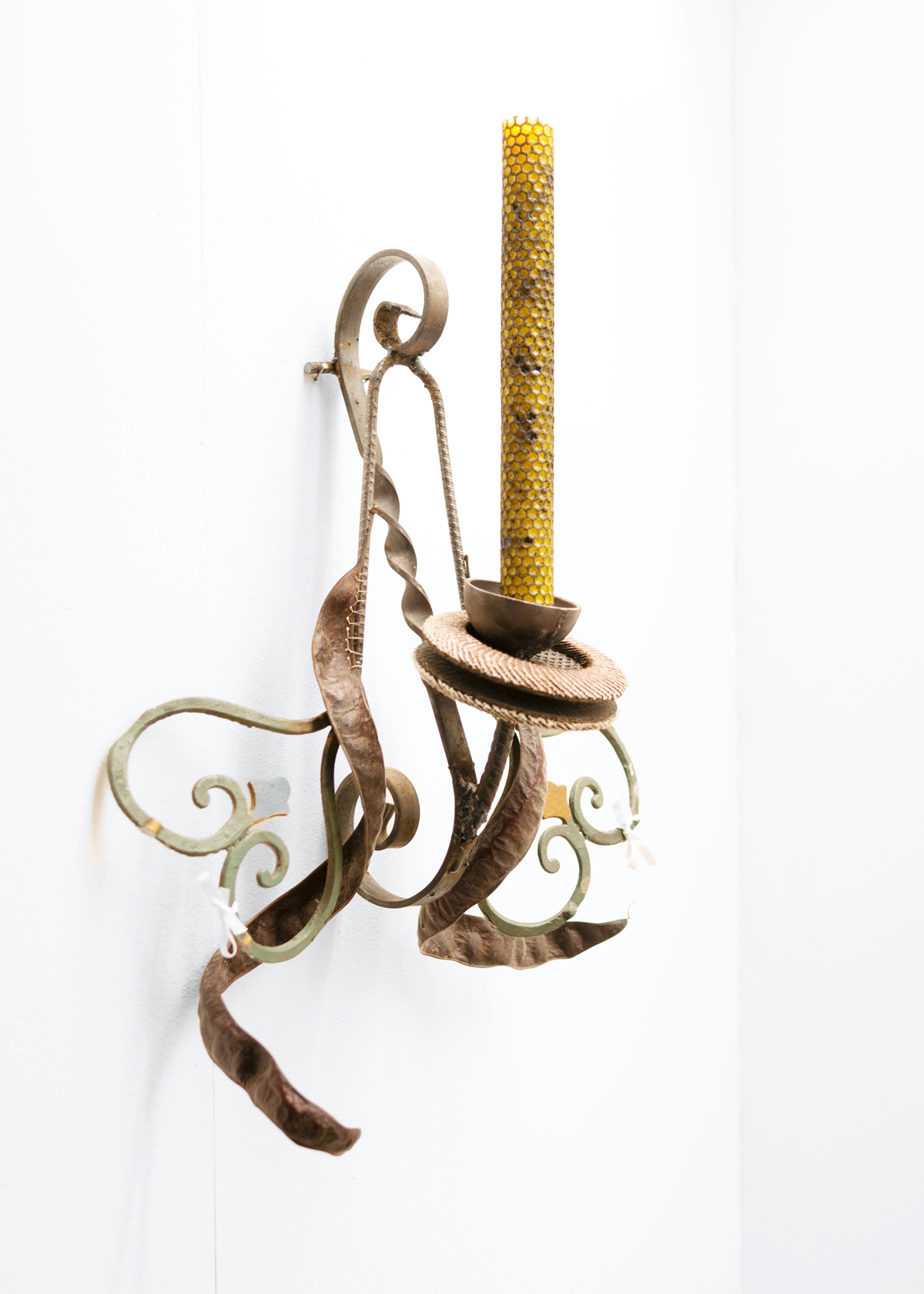